If you’ve ever been into the electronics industry, specifically in the circuit board, the Black Pad is frequently associated with the Electroless Nickel Gold (ENIG) treatment.

As an illustration of the Black Pad, it can be seen in the PCB that creates a surface of corrosion by dark nickel that has been left unprotected in the open sections of the board.

Although it may seem normal to some people, electronic devices can also be troublesome. One possible happening may be shorted among the traces, and it could also prevent the vias from sticking to their appropriate planes.

Thus, in this article, we, PCBTok, will dissect the more profound information about black pads, how it occurs, how to prevent them from happening, and how to fix and repair them efficiently. 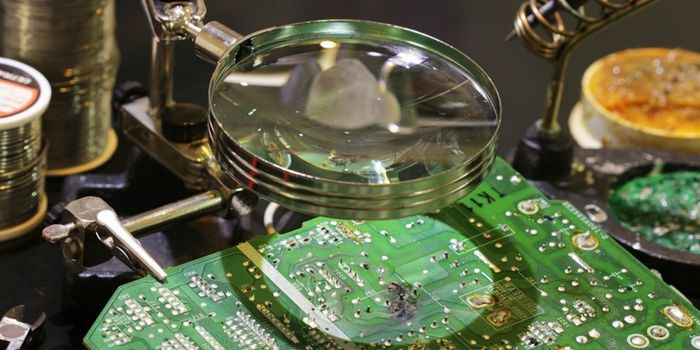 What is a Black Pad?

As mentioned, it is connected to Electroless Nickel Gold’s surface finish (ENIG). It happens because of the inferior connection between the solder and nickel.

According to some experts, it could rarely happen. However, the biggest problem is that it only shows up right after the assembly, leading to costly manufacturing. It doesn’t stop the cost, repair, and correction of the post-manufacturing phase.

In simple terms, it is the corrosion and oxidation of the electroless nickel. Generally, the gold thickness and the nickel have a direct relationship; once the thickness rises, the occurrences of nickel oxidation increase as well. Thus, leading to poor solderability.

Therefore, choosing a manufacturer with extensive industry experience is essential to prevent this occurrence from commencing. It will not only save time, but it will significantly reduce the post-production phase cost for repairing and correcting.

What is a Black Pad?

Why Does Black Pad Occur?

There are several reasons why the Black Pads show up in PCBs; we will comprehensively dissect them as an expert in this field.

Simply put, the high phosphorus content leads to its dispersal in nickel, thus, developing oxidation. In addition, this occurrence has a direct relationship with the gold since this happening forms an obstacle to creating a sticky bond against the nickel interface.

Consequently, it can create electrical shorts in the circuit board because of the broken solder joints and delamination caused by the insufficient bonding between the gold and nickel. In summary, the extreme amount of phosphorus can affect the gold deposition, thus, leading to the formation of Black Pads in the circuit boards.

To apply an ENIG surface treatment, it undergoes the process of gold deposition; however, as mentioned in the previous sections, it forms black pads if not performed correctly.

The primary cause of Black Pads during gold deposition is the utilization of excessive gold baths since it could also raise nickel corrosion as they have a direct relationship. Apart from that, the thickness of the gold can significantly contribute to the formation since it can cause the nickel to experience galvanic hyper-corrosion.

According to the IPC-4552 by ENIG specifications, the gold thickness should be around two to four micro-inches to safeguard the board against the formation of the Black Pad.

If a material has been subjected to extreme stress and doesn’t have the versatility to withstand it, a failure occurs, termed a brittle fracture. Thus, if it happens and the board fails, it leads to forming a Black Pad.

This particular occurrence could happen if it would compromise the metallurgical bonds made by the undissolved layer of thin phosphorus; the transfiguration of tin into nickel is the appropriate term for this happening.

Apart from that, if the board experiences extreme vibrations, stress, and shock, it can lead to brittleness. Thus, it could lead to fracture. As for the worst-case scenario, it can promote the happening of electrical shorts because if its nickel cracked structure.

How to Prevent the Occurrences of Black Pad?

In essence, the Black Pad doesn’t occur naturally; however, it can happen at any moment during the production of electronic goods and items. Additionally, it can be hard to identify during the manufacturing phase; instead, it can be recognized right at the assembly stage of the product. It might be found much later in the worst-case situation, which can lead to a disastrous concern.

Another issue is that it cannot be detected easily. It requires a nondestructive test to locate the Black Pad; if not performed, it can be impossible to find unless during the component attaching phase.

As a result of our research, preventing the occurrences of black pads is up to the proper manufacturer. Aside from the mentioned causes of this problem, the production process can still be a significant contributor to the formation of the black pad. Thus, we suggest going for a manufacturer that is an expert in the field, mainly when producing ENIG board finishes. We at PCBTok, are capable of safeguarding the board against the occurrences of the black pad. We’re a manufacturer with experienced personnel and sophisticated technologies to work out our customer’s specifications regardless of the volume of orders, be it low-volume or high-volume. PCBTok guarantees that all of our consumers’ expectations are achieved and exceeded.

The Formation and Harm of Black Pad

The electroplating method’s structure and temperature during the molecular reduction process greatly influence the integrity of the nickel layer. Thus, the manufacturer’s handling of the acidic gold solution is crucial. Likewise, the mounting coating will show up once the electrodeposition procedure takes place through an autocatalytic interaction among the two elements, hypophosphite, and nickel chloride, on the sheet contact.

If you plan to calculate the amount of phosphorus in the finished product, there’s a specific tool. According to expert research, the acceptable and standard amount of that particular element in the decomposition of nickel is approximately seven (7) to ten (10) percent. This proportion will, meanwhile, deviate from the acceptable value if the temperature rises or the optimizer constitution isn’t maintained under precise management.

In the event of a low value of phosphorus, its content might be subjected to hyper-corrosion mainly due to erosion from acidic gold water. This scenario happens because the gold chemical procedure and the chemical substitution didn’t contribute well. However, eliminating the residue isn’t the right way to address the matter since it has possibly created cracks in the layer of gold. Hence, its acidic water can potentially raise the emergence of corrosion on the nickel surface and result in the Black Pad’s formation.

While if the phosphorus content is high, it has a direct relationship with the hardness. Therefore, if the amount of phosphorus rises, its hardness reduces its weldability and affects the integrity of solder joints.

Other than that, if the solder sheet is heated to an extreme degree, the gold will liquefy into the solder paste. Thus, it can no longer act as a protective surface against hyper-corrosion. Consequently, the nickel will not fail to develop an intermetallic compound with tin due to the rise of rusting and oxidation.

Overall, it can significantly affect the solder joints’ durability, which, with small amounts of thermal strains, can lead to cracking and breaking. 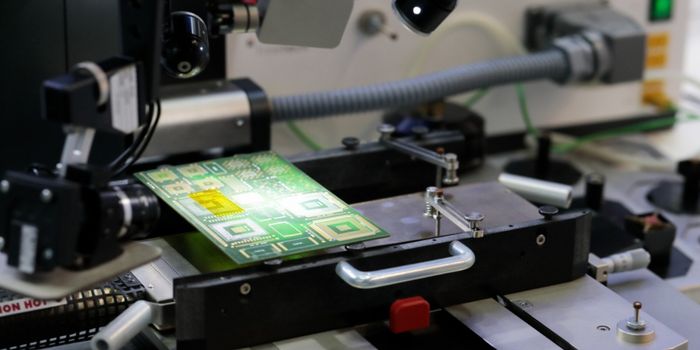 The Formation and Harm of Black Pad

Solving the Issues of Black Pad

As mentioned previously, Black Pads cannot be detected beforehand. It can only be verified during the assembly phase; thus, it can be challenging to detect and locate one if there are any.

Nevertheless, there are some ways to spot one after production; it can be verified through cracked structures, non-planar surfaces, and others. If there are hints of these, we suggest reaching out to the manufacturer that produced it. Apart from that, we have compiled ways to solve this problem. We’ll dissect each of them below.

How to Fix Black Pad?

Unfortunately, it is nearly impossible to fix a black pad since ENIG finishes are known for being unable to be reworked. However, as mentioned previously, there are countless ways to prevent its occurrences. As an expert in this field, PCBTok recommends following the methods we discussed to safeguard the board from black pads. After all, the principal objective is to manage the nickel and gold bath to their required amount; they should have a good relationship between them per the standard guidelines. To successfully achieve the right amount of baths, we recommend utilizing the pH level since it can showcase the phosphorus content during the process, thus, reducing the risk of black pad emergence. 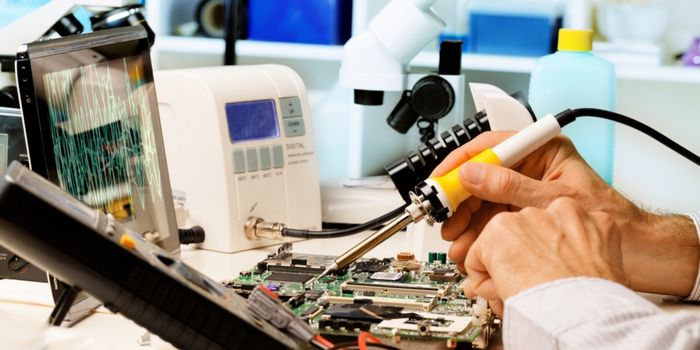 How to Fix Black Pad?

Is Black Pad Still an Issue for ENIG?

As much as we want to eradicate this issue against the ENIG finish, it is impossible since gold and nickel are the primary elements in this treatment process. Therefore, it is still a significant issue. Nonetheless, working with us, PCBTok is the appropriate way to avert the rise of Black Pads in PCBs since we have over twelve years of experience in producing this particular board. Thus far, we haven’t encountered any issues relating to black pads because of our thorough manufacturing procedure. We can assure our customer’s that we’re the right decision one will ever make in the PCB industry.

Therefore, if you seek perfection concerning the board’s quality and performance and trying to reduce costs in the long run, reach out! We have an excellent team on standby to delightfully address all concerns one may have. 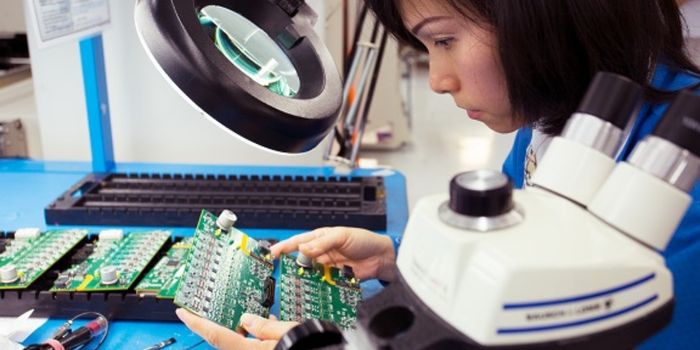 Is Black Pad Still an Issue for ENIG?

To wrap things up, Black Pad can promote significant issues if left to happen and untreated; thus, in this article, we have discussed the ways to prevent them and several ways to fix them efficiently.

PCBTok sincerely hopes this blog can contribute to one’s decision-making process in pursuing the PCB venture.

As an expert in this field, we recommend choosing a manufacturer that has paved its way through the industry for years, like PCBTok. We can ensure our consumers that the less likely possibility of Black Pad emergence will not be present in one’s board.

If you’re still in doubt about selecting us, then we highly advise you to send out your requirements with us!