Buzzer PCBs are one of the most common types of PCBs on the market today. They’re perfect for a variety of applications, from providing sound effects for a remote-controlled car to warning people about dangerous situations.

This article will give you all the information you need to start using buzzer PCBs in your next project. 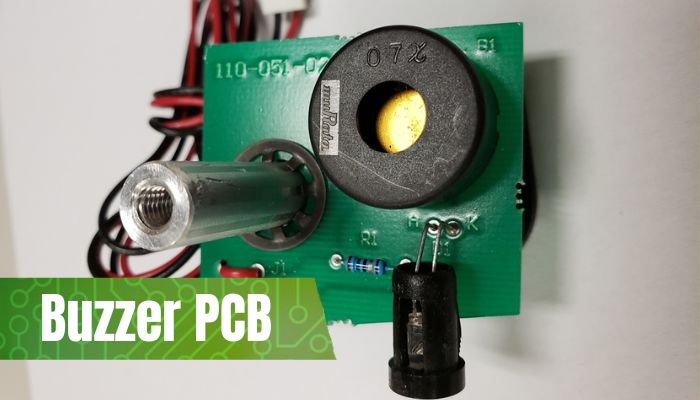 What is a Buzzer PCB?

A buzzer PCB is a printed circuit board that has been designed to be used in conjunction with a buzzer. It can be used as an alternative to installing a buzzer directly into a system, or as an easy way to connect multiple buzzers to one power source.

Buzzers are small devices that produce high-pitched sounds through the vibration of their diaphragm. They are usually used in conjunction with other components, such as speakers or LEDs, and are often found in alarm systems designed to alert people when there is an intrusion into the area being monitored.

How Does a Buzzer Sensor Work in a PCB?

A buzzer sensor is a type of noise-making device that is used in a PCB to detect the presence or absence of an object. It can be used in many different types of applications, including security systems and burglar alarms.

The buzzer sensor consists of a speaker that makes noise when it detects an object, such as a person entering or leaving a room. The speaker is connected to an electronic circuit board, which contains the components needed to detect when someone has entered or left the area where the buzzer sensor is located. When an object enters this area, it causes changes in air pressure that are picked up by sensors located around the perimeter of the area being monitored. These changes trigger an automatic response from the buzzer sensor’s circuitry which causes it to make noise.

It’s applications are seen in many different industries like medical, military, and industrial applications. The buzzer PCB in the medical industry includes a range of uses such as alerting doctors when they need to check on patients, alerting doctors when they need to administer medication and also as a warning device for emergencies in hospitals.

The buzzers are also used in military applications where they are used to send signals between soldiers by using Morse code or other forms of signaling methods such as infrared beams and radio waves etcetera. The buzzers are also widely used in industrial applications where they are used for various purposes such as notifying workers about safety hazards at workplaces, signaling alarms when there is a fire outbreak or any other dangerous situations occurring at workplaces etc.

If you’ve ever played a buzzer, you’ve probably noticed that they all sound different. But why?

The answer is simple: buzzers are made using different types of physical mechanisms.

We’ll go over the most common types of buzzers below. 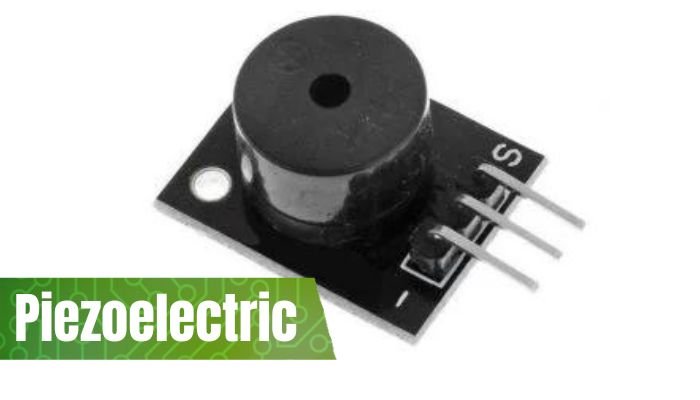 This technology uses a piezoelectric material, which can generate an electric signal when pressure is applied to it. The energy from the electric signal causes the diaphragm to vibrate at its resonant frequency, producing sound waves in the air. 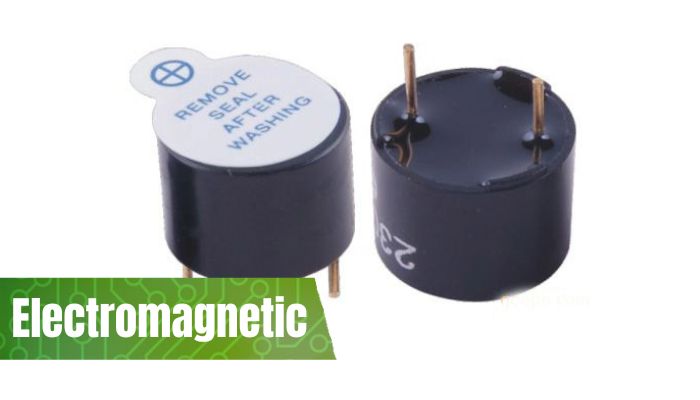 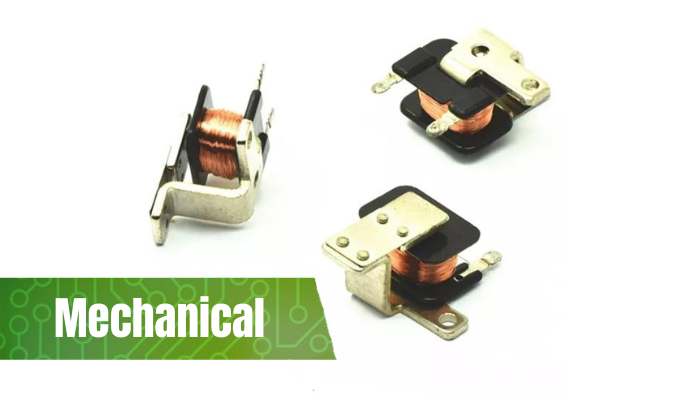 These buzzers are the oldest and most common type of electrical signaling device. They’ve been around since before the invention of electricity, but they’re still used in a wide variety of applications today.

When you press down on a mechanical buzzer, you’re pushing against a spring that is connected to an electromagnet. The spring applies pressure to the electromagnet which causes it to collapse and release an electrical current through a wire that closes a switch. This produces a sound.

The strength of the sound produced by mechanical buzzers depends on how much pressure is applied to them. As such, these types of buzzers are good at producing different tones depending on how hard they are pressed down on or what kind of material they’re made out of (e.g., metal vs plastic). 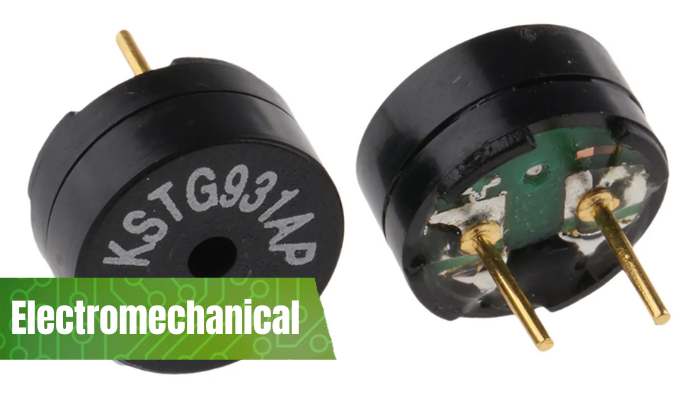 These buzzers are the most common type of buzzer. They consist of a small motor that rotates a disc to create vibration. The motor is usually connected to a switch, which allows the user to control when the buzzer is on or off. Electromechanical buzzers tend to be very loud and can be used for many different purposes, such as a doorbell or alarm system. 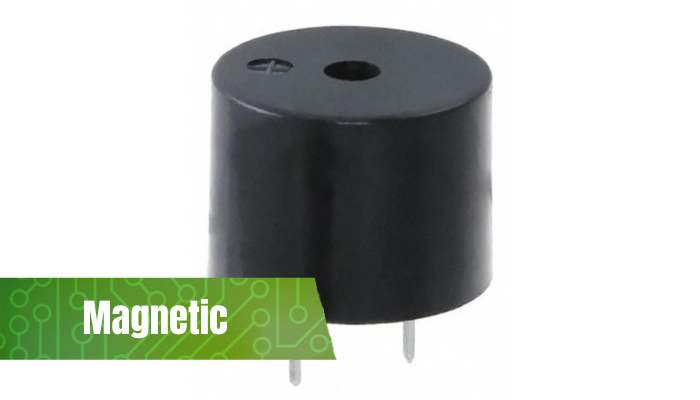 This kind of buzzer PCB uses a magnetic core to vibrate and produce sound. The core is usually made from ferrous metal, such as iron or steel, that is attached to a piece of metal called a pole piece. The pole piece acts as the magnet’s north pole and is often made out of metal or plastic.

When current passes through the coil, it creates a magnetic field around the coil. This causes the core to vibrate very rapidly, which produces sound waves in the surrounding air. 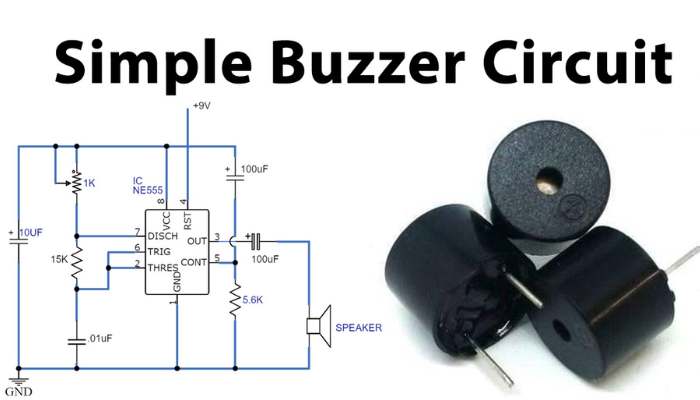 A buzzer is understood as a device that creates an audible tone under the influence of an applied external voltage. This output may either be in the form of a buzzing or a beeping sound.

The buzzer circuit is composed of a transistor and a resistor. When voltage is applied across the emitter and collector terminals of the transistor, it allows current to flow through it and produce sound waves.

How to Choose a Buzzer?

Choosing a buzzer can be tricky. There are so many things to consider!

You’ll want to think about the size of the buzzer. If your project is going to be small, then you probably only need a buzzer that’s about 1 cm in diameter. But if you’re going to be using the buzzer for something big, like an alarm clock or a car horn, then you’ll need something much bigger.

Also, the higher the current consumption, the more power it will use and the less time you’ll be able to use it before running out of battery or needing to recharge. Low current means low power, which means longer battery life. The lower current will also cause less heating and wear on the buzzer, so you’ll get a longer lifespan out of it.

By matching the current consumption of your buzzer PCB to that of your power supply, you can ensure that your circuit works properly.

Threaded terminals are used to connect wires to a device, like connecting a buzzer to an Arduino. The terminal screws into the device and then the wire is pushed into the terminal. You must have a screwdriver to tighten or loosen these terminals.

Quick-connect terminals allow you to push wires into them without having to use tools, which makes them very convenient for projects that need quick and easy changes in wiring.

Another important factor when choosing a buzzer is voltage. Voltage refers to how much power is needed to run your buzzer. You’ll want to pick one that has a voltage that matches your other electrical equipment so they don’t conflict and cause problems with each other.

When choosing a buzzer, you need to consider the volume. The volume of a buzzer is measured in decibels (dB), and it’s expressed on the PCB. The higher the number, the louder it will be. But make sure you choose one with a loud enough volume for your needs; too soft and people won’t hear it!

You’ll want one that’s loud enough to be heard over the din of your location, but not so loud it hurts your ears when you’re standing close to it. If you’re shopping for a buzzer for a loud retail store, you’ll want something that’s considerably louder than what you would need if you were using it in an office setting.

There are a few considerations you’ll want to think about when choosing your buzzer. First, is it going to be a continuous or pulsed tone? This will determine whether or not your buzzer will be suitable for different applications.

A continuous tone means that the buzzer will always sound at full volume and never change, while a pulsed tone is one that stops sounding periodically, perhaps in order to let people know when something has happened.

If you’re looking for a continuous tone, then you might want to consider a buzzer with a lower frequency. That way, it won’t get annoying over time and you can use it for longer periods of time without becoming too annoyed by the noise. A lower frequency also means that the sound will travel further distances than one with a higher frequency would be able to reach.

Before you choose a buzzer, you need to consider the Piezo Elements on your PCB.

The piezoelectric effect is the ability of certain materials to generate electric charge when subjected to mechanical stress, and vice-versa.

Piezoelectrics are used in buzzers because of their ability to produce a high-pitched sound at a low voltage. They also have a long life span which makes them ideal for use in products that require a lot of wear-and-tear, such as those found in home appliances or cars. 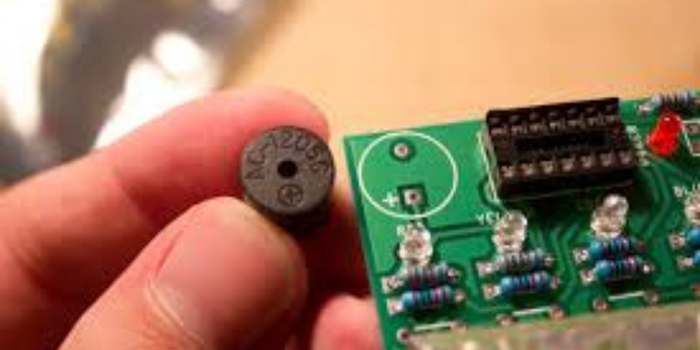 Buzzers are an essential component on many circuit boards and devices used for communication. These products are used for their handy piezoelectric properties that generate a detectable acoustic sound to facilitate alarm mechanisms, sensors, annunciation systems and even indicators. This is especially true where audible tones can be substituted for silence or as a supplement in case of poor haptic feedback.

It’s easy to forget about the fundamental elements of a project, particularly if you’re focused on more complex things like parts choice and wiring. There’s no better time than now to set your board up for success by ensuring that you have a buzzer suited to your printed circuit board. If a loud noise is required, then look into actual speakers. In the end, it’s up to you how you want to get your sound across—just make sure it’s heard loud and clear!