It can be overwhelming to choose suitable embedded circuits in one’s devices and products; hence, PCBTok will provide the necessary information about these.

Regarding the services, FPGAs can interpret concurrent instructions concurrently as opposed to Microcontrollers, which can only handle a single line of code. Due to its attributes and capabilities, it is apparent that FPGA is potentially more pricey than Microcontrollers.

Nevertheless, it may vary since selecting one should be aligned with the device’s purpose; hence, we’d like to provide further information about them in this article. Keep on reading!

Introduction to FPGA vs. Microcontroller

Similar to what was said, a microcontroller is a variety of miniature processors that resembles a typical system in practically every aspect. However, with one difference, it can only perform one dedicated program compared to the traditional computer that serves thousands of programs.

It comprises a Central Processing Unit, RAM, and even input-output devices. Thus, it is referred to as a miniature version of the typical computer currently deployed in laptops and system units.

Overall, it has only one objective; to perform tasks automatically and repetitively depending on its program. It can be found in countless consumer electronics devices, industrial applications, the medical industry, and many others. As for its power, it is in milliamperes.

As an example of applications, they are found in keyboards, monitors, printers and scanners, telephones, traffic lights, implantable medical devices, and others with only one function. One can discover Microcontrollers in various devices in today’s world, and their cost may vary depending on the product type and purpose of the device. 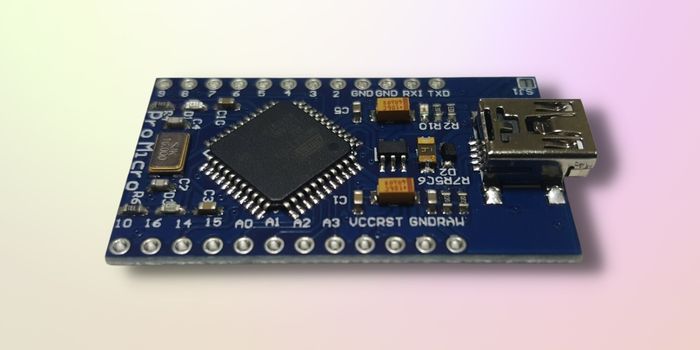 Since a Field Programmable Grid Array is a pre-programmed design, it could be a little more complex and nuanced than a Microcontroller. However, if a user seeks changeable software and configurable hardware after production, this is the proper selection.

FPGAs are popular among Engineers since they can prototype this small computers depending on their desired function and application. Furthermore, they prefer such circuits since they can easily alter their hardware.

As an example, if one user plans to upgrade the speed of a device for an efficient output, they can easily re-program it without the need for all-new hardware to perform these changes. Thus, it is beneficial in various applications. However, it can be more costly than MCU. 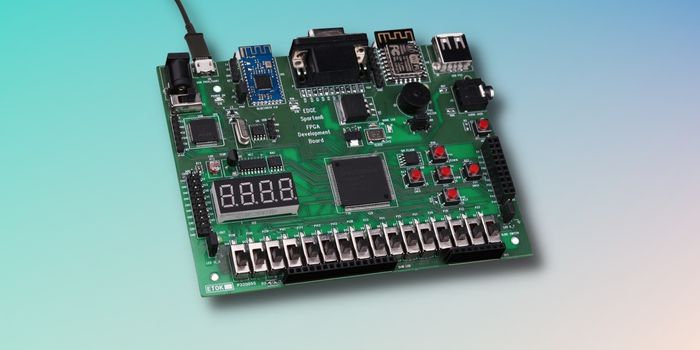 Differences Between FPGA and Microcontroller

An FPGA doesn’t have established hardware installed, while a Microcontroller has one. It has been designed in that manner since the primary goal of an FPGA is to make it easy for a user to configure the hardware for an upgrade of function.

If you’re curious about how users configure the FPGA concurrently, it involves using an HDL programming language. In such cases, one can easily alter the purpose of this tiny computer depending on the user’s desired purpose and application.

While the Microcontroller is the opposite of an FPGA since it has a predefined hardware structure, users can program this embedded circuit through software to specify its designated function. Furthermore, its CPU, memory, peripherals, and wires are affixed. Hence, it can be way more affordable than FPGA. 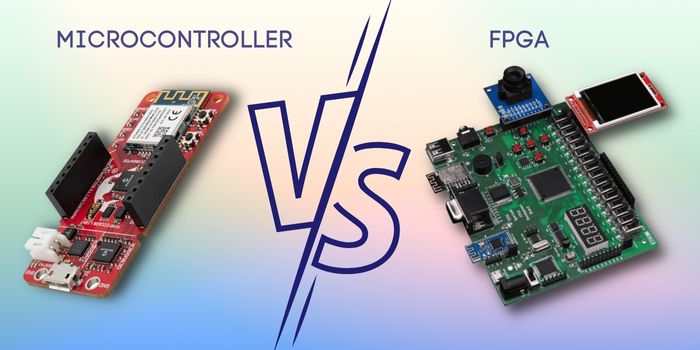 Differences Between FPGA and Microcontroller

No complex steps are involved in programming a Microcontroller since it is straightforward. It is programmed through an assembly language. However, depending on the desired purpose and designer, one can still use a high programming language. Some of the languages that belong to it are JavaScript, Python, and C.

As an expert in this field, we have simply made the steps. Below are the steps:

Overall, the process is simple for consumers with a background in coding. However, if you’re someone who doesn’t and can’t code, we suggest reaching out to an expert.

Advantages and Disadvantages of Microcontroller

If you’re one of the people considering a Microcontroller in your devices, you must know its strengths and weaknesses to solidify your choice further. Since we have an extensive experience in the industry, we can provide our consumers with the pros and cons of this embedded circuit to devices.

Unlike Microcontrollers, developing an FPGA can be challenging because it requires different technology and rigorously adheres to the proposed system architecture. Some of its software include Xilinx, Intel Quartus, and even VHDL or Verilog for verification purposes.

As an expert in this field, we have understandably made the steps. Below are the detailed steps in programming an FPGA:

Similar to Microcontrollers, if you have no background in coding, we suggest reaching out to a dedicated specialist with extensive knowledge in the industry. However, some manufacturers already have standby experts to work out such tasks.

Advantages and Disadvantages of FPGA

Evaluating an FPGA’s advantages and disadvantages can help determine the best decision to use one in your products. We can tell our customers the benefits and drawbacks of this integrated circuitry because of our significant industry knowledge.

Which is Better, Microcontroller or FPGA?

In general, there is no better option than a Microcontroller and an FPGA. Consumers should consider their desired outcome and purpose in choosing the better-embedded circuit in their devices. Hence, it will depend on the consumers on what option is way better than the other in line with their applications.

Nevertheless, we’ll help you decide on which small computer to take in your devices. We suggest going for a Microcontroller if planning to deploy it in a routinary circuitry. On the other hand, we propose choosing an FPGA for situations that require significant processing operating speed and synchronous operations. As an example, FPGAs apply to run HD videos. If one goes for a Microcontroller, it may not perform well.

Now, if one is seeking a simple programmable embedded circuit that can be designed and debugged easily and is cost-efficient, we suggest going for a Microcontroller. But it has its downside, and it is not versatile compared to an FPGA since it cannot reprogram its hardware. Similar limitations apply to Microcontrollers’ modification capabilities.

As for applications that necessitate image processing and artificial intelligence, we suggest selecting Field-Programmable Grid Array (FPGA) since it utilizes the parallel processing technique wherein it can tolerate and execute multiple operations simultaneously without compromising the quality and performance of the product. However, if you opt for a Microcontroller in such scenarios, it can be chaotic since it can only process sequential techniques; thus, it is slower and less potent than an FPGA.

Overall, they are recognized to be deployed in devices separately. However, employing these small computers in one device is possible, depending on the purpose and application. In a scenario of a device wherein it requires the execution of complex controls, it can integrate Microcontroller. In addition, technology can contain an FPGA if it requires intensive activities and increased processing speeds. In such cases, it can offer additional benefits, robustness, reliability, and advanced features to its device and overall performance and application. 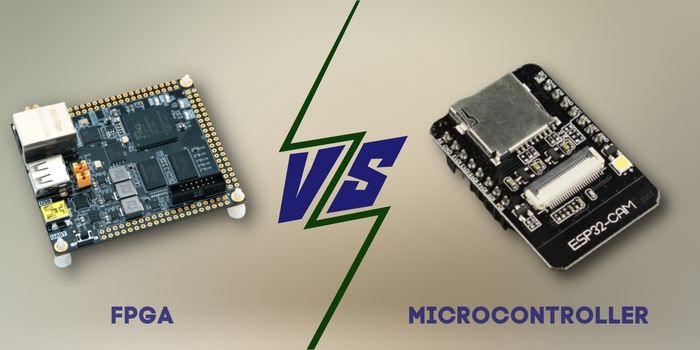 Which is Better, Microcontroller or FPGA?

To wrap up, there are various considerations in selecting the appropriate embedded circuit board to integrate into one’s device. In addition, it can be overwhelming to choose between a Microcontroller and FPGA; however, we hope we’re a great help.

PCBTok believes and hopes that through this blog article, we have made one’s decision-making simple. However, if there is still some confusion left in mind, we are available 24/7 to assist with one’s concerns. We have over twelve (12) years of experience in the industry; hence, one can rely on us for any problems they may have relating to this industry.

What are you waiting for? Shoot us a message, and we’ll be delighted to provide you with the necessary information you need.