The number one question that I am asked is: What is a Hall Effect Sensor? If you have time to read this lengthy article about changing your life, takes into account a very important electronic component used in automation and robotics, mechanics, and electric components. 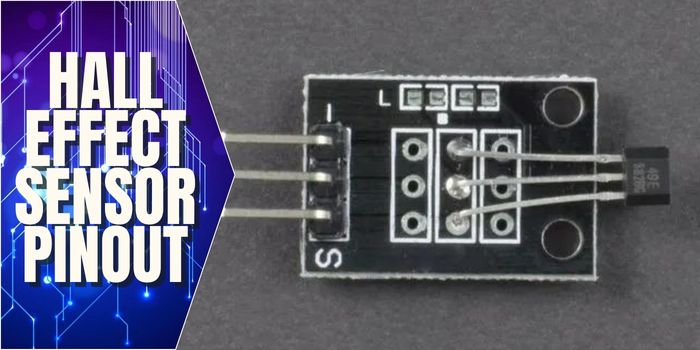 What is Hall Effect Sensor Pinout?

These are the type of transducers that can detect the change in magnetic field strength around them. The Hall effect is a phenomenon that occurs when electrons are forced to move from one side of the material to the other by the presence of the magnetic field. This movement creates an electric current that flows through the material.

When a magnet is brought close to one end of the sensor, more electrons are pushed through one end than through another. This creates an imbalance between positive and negative charges inside the device, which causes voltage levels at both ends of the sensor to change depending on how close or far away from each other they get. 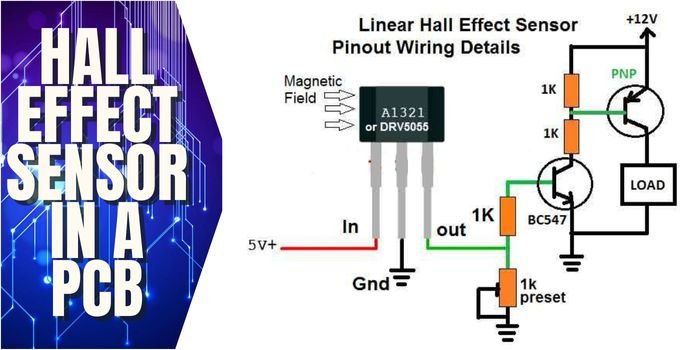 Hall Effect Sensor in a PCB

How Does Hall Effect Sensor Work in a PCB?

Hall effect sensors are often utilized in systems that need accurate measurements of location, velocity, or force. They are used to detect magnetic field presence or absence. The sensor is made up of two parts: a permanent magnet and a coil that conducts current. When positioned near a magnet, magnetic fields create a change in the electrical resistance of the coil. This change can be measured by an external circuit and used to determine whether or not there is a magnetic field present.

Hall effect sensors are particularly useful in applications where very small changes must be detected. For example, they’re commonly used in hard disk drives to monitor head position when reading or writing data from disks.

How to Use the Hall-Effect Sensor?

There are many ways that you can use these sensors in your projects. You can use them to detect whether or not there is a magnet present near the sensor or whether it is close enough for it to have an effect on the sensor’s output signal. The output signal may be an analog voltage level or it could be digital signals such as low/high states or 1/0 signals.

To use these sensors, you’ll need to connect them to your project’s circuit board. You can use wires soldered directly to pads on the board, or you may choose instead to use jumper wires that connect between pins on the board and external components such as LEDs.

Where to Use the Hall-effect Sensor?

They are commonly used in applications such as power management systems, vehicle anti-theft systems, and other security systems. Another common application is detecting when keys have been pressed on keyboards and mice have been moved.

They come in many shapes and sizes, but they all work in the same way. Electricity from your car’s battery flows through the sensor and produces a magnetic field around it. This magnetic field interacts with a magnet inside the sensor and creates an electrical field that moves electrons around inside it. 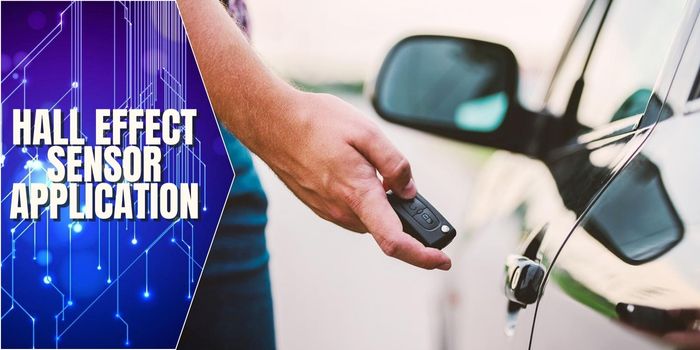 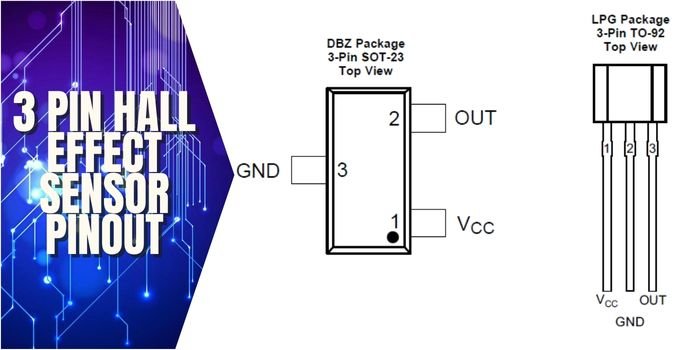 This hall effect sensor is a simple device that uses three pins: VCC, GND, and Output. VCC is the positive supply voltage while GND is the ground terminal. The output pin is the pin that carries out the signal from the sensor when it detects a magnetic field near it. 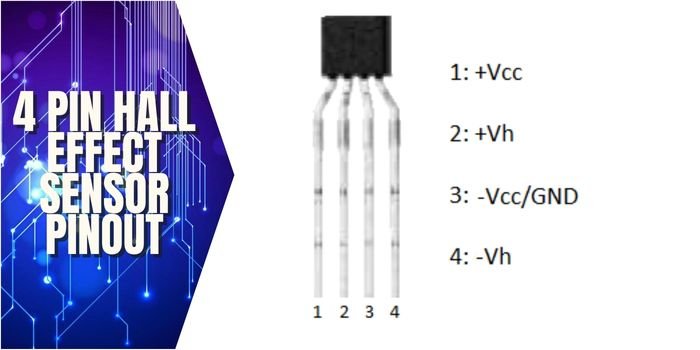 This hall effect sensor is also known as a quadrature sensor because it has two outputs instead of one for each input signal (like an analog signal). This means that there are two separate outputs for each input signal; one is positive, and one is negative. The positive output will always change first when an object comes close to the sensor so you can use this information to determine its position relative to your device’s body.

The pins found in Hall Effect Sensor can vary depending on the type of sensor you are using, but they generally include the following: 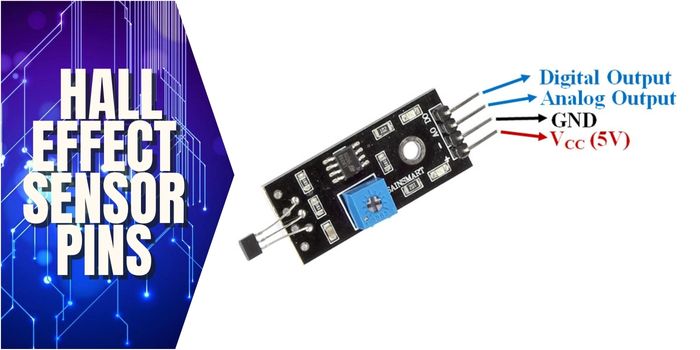 This pin is used to connect the ground wire from your circuit or power source. It should be connected to the negative terminal of your power supply or another ground point on your circuit.

This produces a voltage proportionate to the magnetic field intensity sensed by the Hall Effect sensor. It is used to read a Hall effect sensor’s value. The voltage level is proportional to the magnet’s strength and can be read by the Arduino or other AVR microcontroller.

There are several kinds of hall effect sensors, each with its own set of properties and applications. Some examples are:

This is a device that measures the magnetic field and converts it into a digital signal. It can be used in robotics, circuit boards, and other electronic devices.

Designed for use in rotary position sensing applications. This can be used to sense the position of a magnet mounted on a rotating shaft. The output transitions between high and low states as the magnet passes by the sensor’s pickup coil. In this way, the sensor acts as a magnetic encoder, providing an indication of shaft angle. The A3144 provides output signals that are directly proportional to the speed at which the shaft rotates. 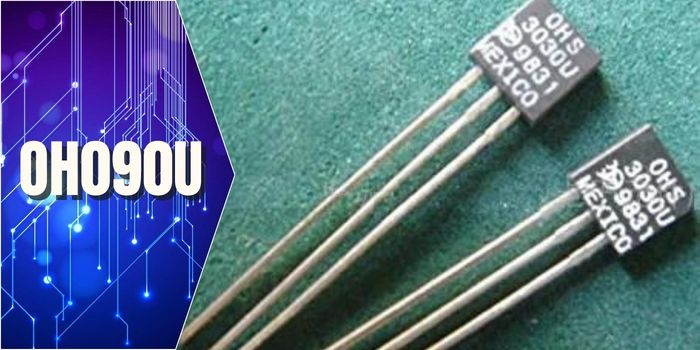 An active device that converts the magnetic field into a voltage signal. It is used to detect the rotational position of an object and is often used in electric motors and mechanical machines. It provides accurate readings with high sensitivity and low noise.

A three-terminal device that detects the presence of a magnetic field. It is an extremely sensitive device, and it can be used in a variety of applications including proximity detection, position sensing, and current sensing. 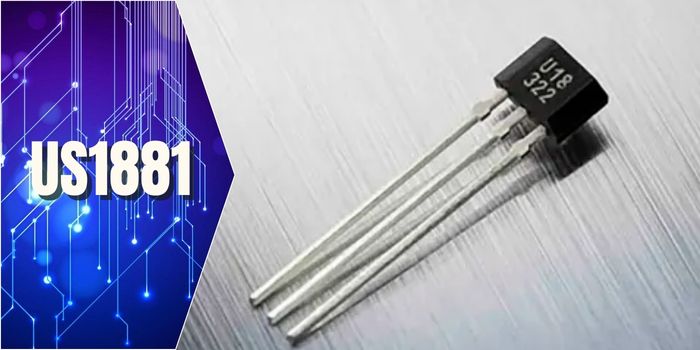 A tiny and very lightweight device that outputs a voltage proportional to the magnetic field applied to it. The output voltage changes as the magnetic field direction is changed around the sensor axis. This unit can be used in many applications such as televisions, digital cameras, cell phones, etc.

A hall effect sensor that uses a magnet to cause a change in the electrical characteristics of the device, allowing detection of AC or DC magnetic fields. It is particularly suitable for applications involving linear motion.

A type of proximity switch sensor that can detect the presence of a magnetic field. The sensor has two output channels: normally open and normally closed. A3142 Hall Effect Sensor can be used as a tilt switch, door switch, and many other functions.

There are four types of analog hall effect sensors. Each type has its own advantages and disadvantages, so it is important to choose the right one for your application. 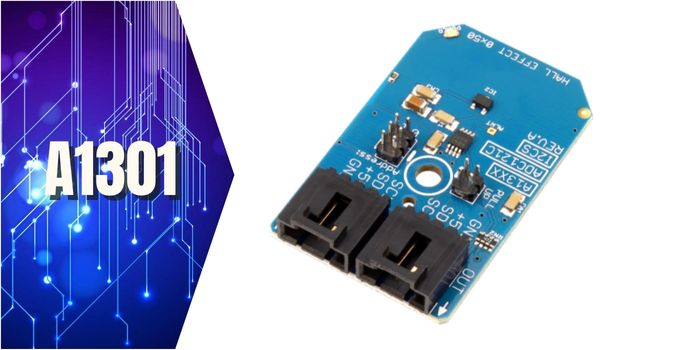 Offers a robust, high-precision sensing solution for harsh industrial environments. This sensor has a full span of 3V to 20V DC output and is well-suited for accurate position detection in proximity, load, and force measurement.

A medium-priced preamplifier for detecting metallic objects in proximity. It’s designed for use as a proximity or touch sensor, or as an inductive control device. 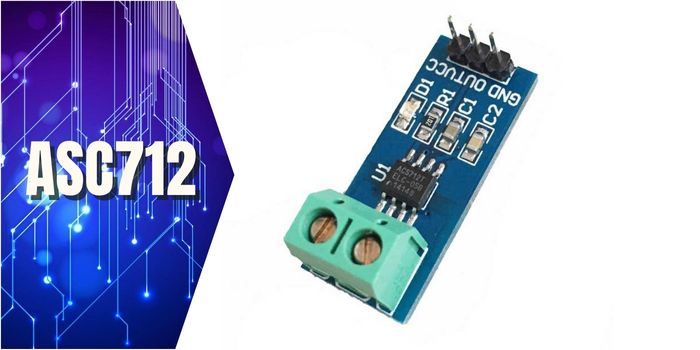 This hall effect sensor measures changes in the voltage across an air gap due to induction current. The sensor has a sensitivity to changes in direction of magnetic flux flow and can detect fields either clockwise or counterclockwise around the sensor’s centerline.

Proximity sensors are electromagnetic devices that detect the presence of a nearby item. When exposed to a magnetic field, they create an electric current in a wire coil and then measure the quantity of current generated. Hall effect sensors are utilized in proximity switches, which turn on when they sense a close item. 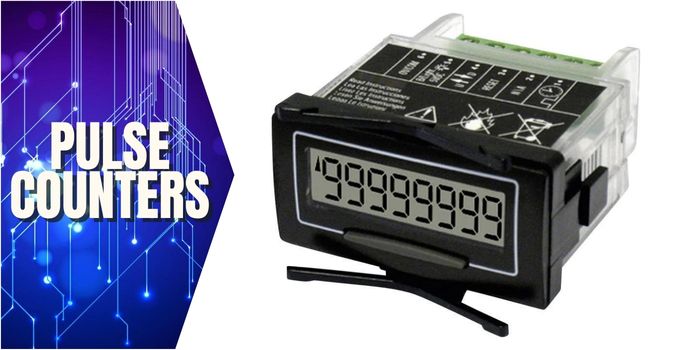 These are one of the most common uses of hall effect sensors. A pulse counter counts the number of pulses that occur within a certain period of time. It uses an oscillator to generate a square wave signal and a Hall effect sensor to count the number of times that signal passes through zero volts. 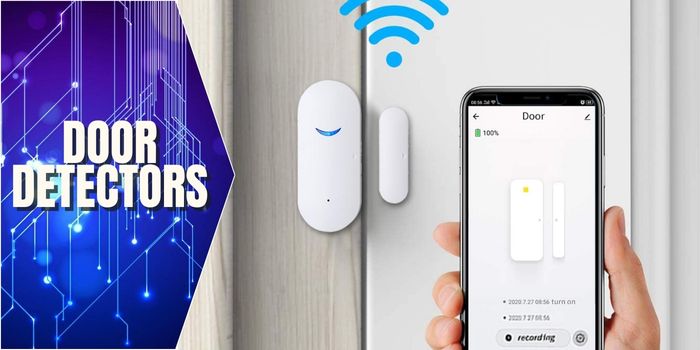 They are devices that detect the opening and closing of a door and can also be used to detect the presence of people who are passing through the doorway.

The Hall effect sensor consists of a small magnet, which is attached to a piece of metal. As the magnet passes through the magnetic field of an electromagnet, it creates an electric current in the metal plate. This current is then measured by an electronic circuit and used to determine whether or not someone has entered or left the doorway.

Fluid detectors are used to detect the presence of liquid. The most common application of a fluid detector is in a fuel tank or fuel line of an automobile, where a Hall Effect sensor detects whether there is any water in the fuel system. The Hall Effect sensor works by measuring the strength of magnetic fields and converts this information into an electrical signal. 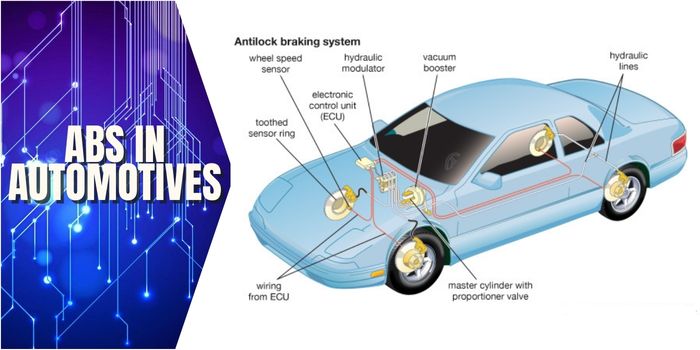 These sensors are also found in ABS, or antilock brake systems, in automobiles. ABS prevents the wheels from locking up during braking by modulating the braking force on each wheel. The Hall Effect Sensor is responsible for detecting when the wheels have begun to lock up and informing the other components of this information.

Pros and Cons of Hall Effect Sensor in Your PCB

There are occasions when having a hall effect sensor in your PCB could be a pain. Let’s know their advantages and disadvantages.

The sensors are very durable and reliable, and they do not require any maintenance or calibration. The sensors can be configured in advance to provide the desired output signal at a specific angle of rotation.

The hall effect sensor also offers high-speed operation. The sensors can operate at high speeds and can be used for monitoring purposes in many applications, such as robotics and machine safety systems.

Hall effect sensors can only provide relative position information, so they are not as accurate as other types of proximity sensors. They are limited to sensing only one side of a magnetic field, which can make them less reliable than other proximity sensors. Their output signal is also not as strong, which can cause issues with interference from other components on the board.

To summarize the foregoing introduction to hall effect sensors, it is an integrated circuit used to monitor magnetic fields. It does not require a second power source in addition to the one that comes with it. As a result, it has the ability to precisely quantify the intensity of a magnetic field in its proximity.