A microcontroller board is just that, a programmable device that is used to act as the controlling unit of a larger system. It interfaces with other devices and may control one or more than one component provided it has the required power. 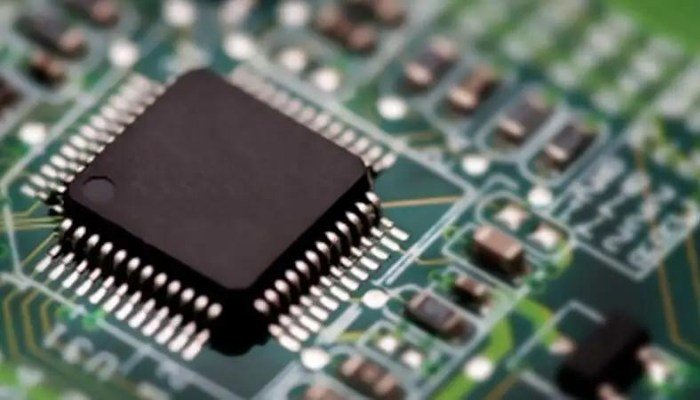 Introduction to Microcontroller Board

Microcontroller boards are also referred to as “brains” and function as the central processor unit (CPU) of data input and output operations in a system.

A microcontroller is a computer on a single integrated circuit. It’s usually used to control a system or device, and it contains a processor, memory, and programmable input/output peripherals.

The word “micro” means small, so the term “microcontroller” can be confusing because it refers to something that is much smaller than other computers. In fact, microcontrollers are so small that they are often called “chips.”

Microcontrollers are used in almost every electronic device you use today—from smartphones to game consoles and cars. They’re also used in robots, drones, and smart home devices (like the ones we’ll cover in this class).

How Does a Microcontroller Board Works?

Microcontrollers are often used in embedded systems and electronics projects, such as robots or computerized cameras. They can also be used to control household appliances like air conditioners and washing machines.

Microcontrollers are usually programmed using special software called an integrated development environment (IDE). The IDE allows you to write code in a programming language such as C++ or Python, which will then be compiled into machine language that your microcontroller understands. 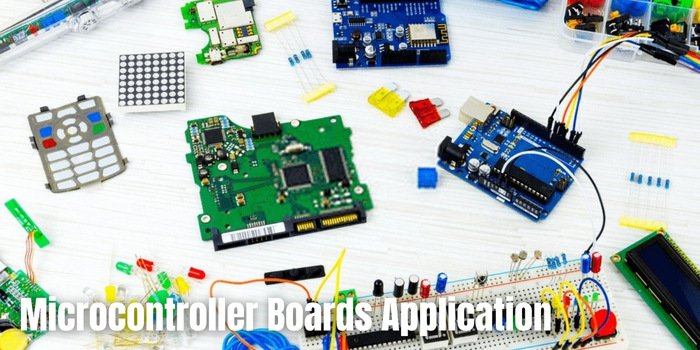 What are Microcontroller Boards Applications?

Microcontroller boards are used in a wide variety of applications, including robotics and automation. The most common use for these boards is to create a circuit that can control physical objects or systems.

For example, a microcontroller board could be used to control a robotic arm or an automated factory line. This allows the user to program certain actions into the device, such as moving an object from one place to another or turning on a machine.

Microcontroller boards are also used in home automation systems that allow users to automate their homes using an app on their phone. These systems use sensors placed throughout the house that detect when someone walks through a door or enters a room so that they can automatically open or close windows or turn lights off or on. 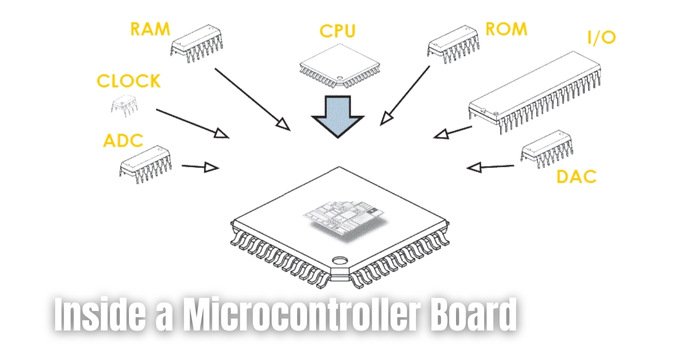 Inside a Microcontroller Board

What’s Inside a Microcontroller Board?

Microcontroller boards are small computers with their own power source and memory. They’re typically used for controlling electronics, but they can be used to do almost anything you’d like.

The main components of a microcontroller board are: 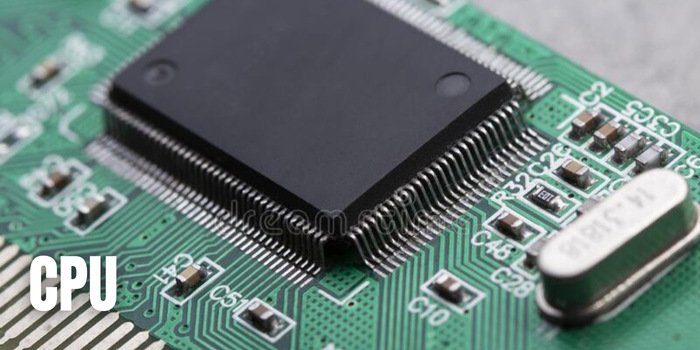 This is the microcontroller is a central processing unit. It is the part of the board that processes and executes instructions, and it performs this task using registers and memory.

The CPU has an instruction register that holds the instruction to be executed. It also has one or more data registers, where data can be loaded or stored during program execution. The CPU has a stack pointer register that points to the last item placed on the stack by your program’s subroutine calls, so that it can return to those items after executing other instructions. 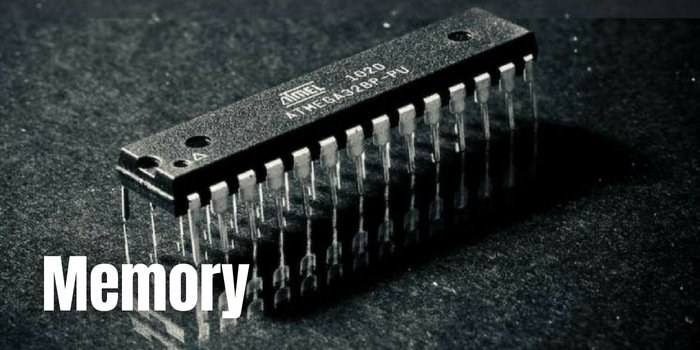 Microcontrollers use memory to store instructions and data. The amount of memory a microcontroller has determined how much information it can hold at one time. The memory of the microcontroller board is where the program and other data are stored. It is divided into several sections:

Where the program is stored. This memory section is reserved for code and data that can be accessed from within the program.

Used to store data that needs to be accessed by the program. The data can be read from, written to, and manipulated in various ways by the program. Data memory may also contain variables that are used by various functions within a program. 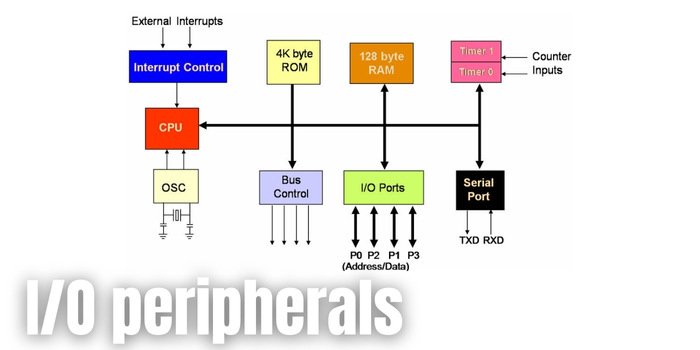 Devices that connect to your computer and let you interact with them. For example, if you’re using a mouse or keyboard, those are connected through I/O peripherals. 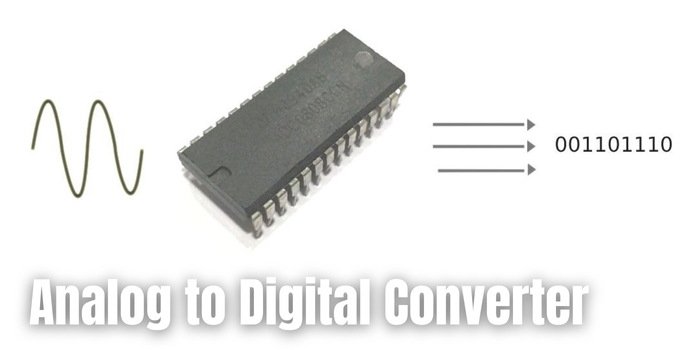 The Analog to Digital Converter (ADC) is a key component in the microcontroller board. It takes the analog signals from sensors, like temperature or pressure, and converts them into digital numbers.

The ADC also takes digital inputs, like user input or a sensor reading, and converts them into analog signals. For example, if you press a button on your microcontroller board, the ADC will convert that digital signal into an analog voltage that will tell your board what to do next. 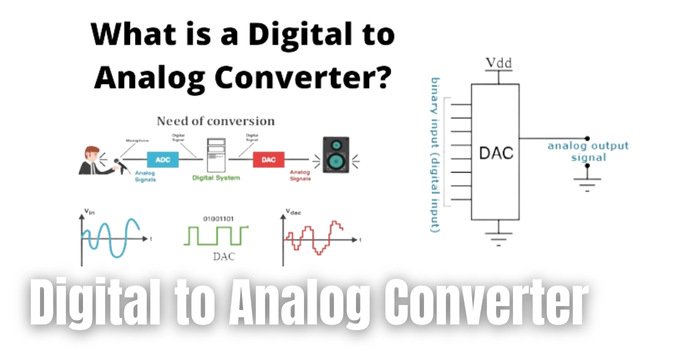 A digital-to-analog converter (DAC) is a device that converts digital bits into analog voltage levels. DACs are used in microcontrollers to convert integer values from an input register (e.g., the user’s keyboard) into real, continuous voltages that can be used to control other circuits. 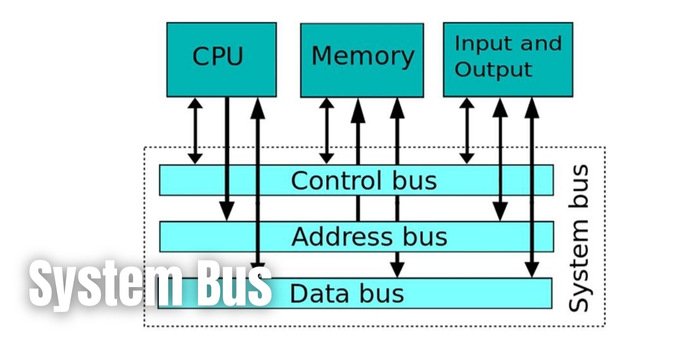 The data bus is the main path for data inside your microcontroller. It’s a set of wires that connects each register and memory location to the ALU, where it can be used in calculations.

The address bus is the part of a microcontroller that allows it to communicate with other components. These communications are what allow the microcontroller to tell other pieces of hardware what to do, and also provide an interface for you to program it.

The control bus is the mechanism that allows the microcontroller to communicate with other components. It’s a collection of wires that connects the CPU and peripherals, such as memory and input/output devices.

The control bus operates at a much higher frequency than the data buses, which means it can transfer more data per second. It’s also slower than the address bus and uses different voltage levels for its wires.

The serial port is a simple and reliable way to connect your computer and microcontroller board. It is a dedicated communication channel that allows the two devices to transfer data back and forth.

There are many different types of microcontrollers, but they all have one thing in common: they can be programmed to do what you want them to do.

Microcontrollers are small, programmable computers that are used in a wide variety of applications. There are many different types of microcontrollers, each with different features and functions. 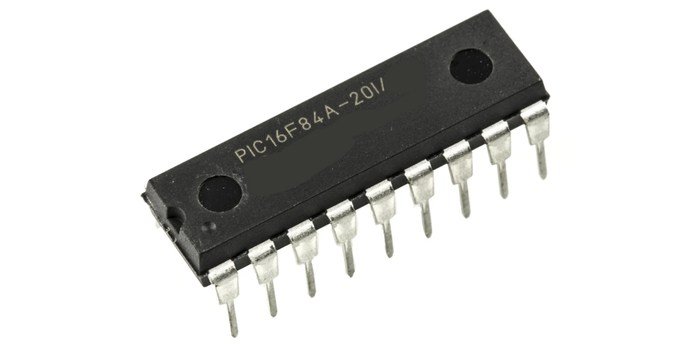 A programmable device used to control many different types of machines. It is often used in industrial settings, such as manufacturing, robotics, and automation. The PIC microcontroller has a number of functions that make it useful for these applications, including the ability to sense motion and use it to trigger events.

It uses a simple programming language called C to program its functions. The C language is easy to learn and use compared with other programming languages like Python or Java which require more complex syntax rules that must be followed exactly in order for programs written in them to run correctly on computers. 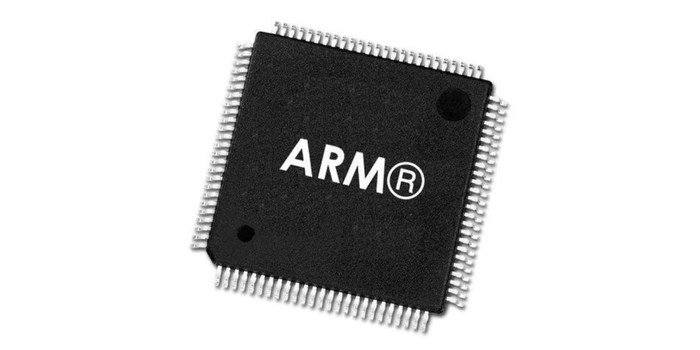 A type of processor used in embedded systems. It’s most often used in consumer products, such as digital cameras and cell phones, but it’s also found in industrial machines like cars and airplanes.

The ARM processor is known for its low power consumption and high-performance capabilities. These characteristics make it popular in consumer electronics and other environments where power conservation is critical. 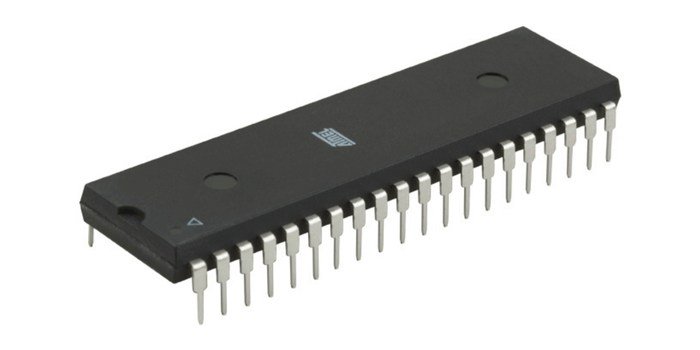 It’s one of the most popular microcontrollers in the world. It can be used to control almost anything, from simple devices like toys to complex machines like cars. It’s also used in your computer, so it’s pretty safe to say that you’ve interacted with an 8051 Microcontroller at least once in your life!

The 8051 is suitable for use in medical implants such as pacemakers or insulin pumps; military equipment such as missiles; consumer electronics such as MP3 players; automotive systems such as airbags; home appliances such as washing machines; industrial machinery such as conveyor belts; and many other types of equipment requiring embedded computing solutions. 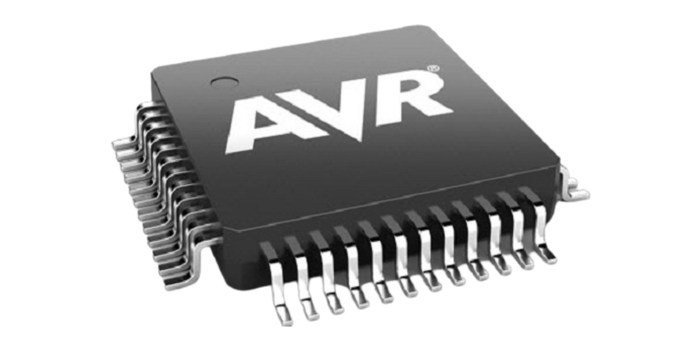 A series of microcontrollers developed by Atmel. The AVR microcontroller is used in embedded systems and small devices, such as watches. It is a very popular choice among hobbyists, and it can be programmed using a variety of languages.

The AVR also has 1KB of ROM, which contains instructions that are fixed and can’t be altered by users or external programs. This is useful for storing data that will never change, such as mathematical constants like Pi or the speed of light in a vacuum. 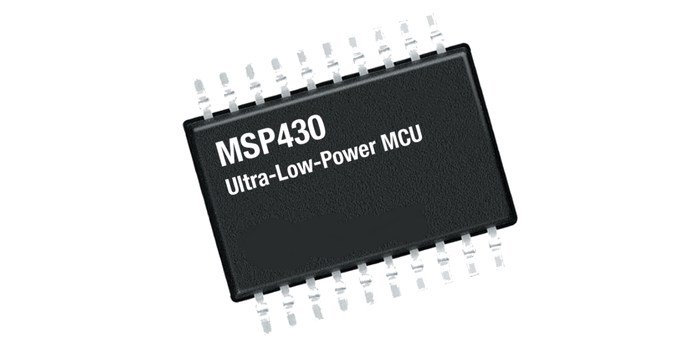 One of the most common types of microcontrollers available. They are typically used in smaller devices like home appliances and remote controls, but they can also be found in larger products like microwave ovens.

MSP microcontrollers are made by a number of manufacturers and come with different capabilities depending on the model you choose. For example, some have built-in memory while others don’t; some can communicate with other devices via Bluetooth or Wi-Fi, while others cannot; some have more input/output pins than others. 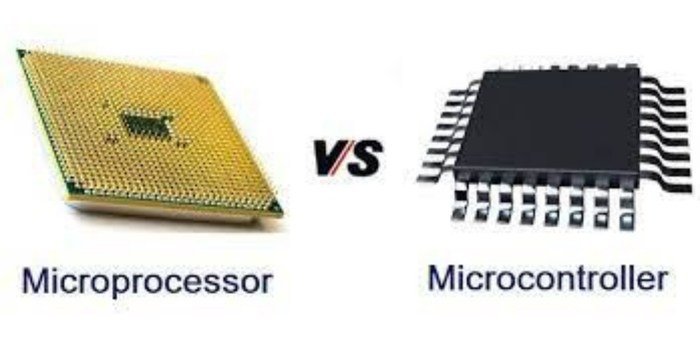 What’s the Difference between a Microcontroller and Microprocessor?

The difference between these two devices boils down to their size and how they’re used. A microprocessor is much larger than a microcontroller—it’s about four times larger in terms of size. As for their purpose, both devices are used for computing and controlling electronic devices such as clocks, calculators and cars.

But if you need to control something that needs to be small or battery-powered (like an alarm clock), then you’ll probably want to use a microcontroller instead of a microprocessor because it requires less energy and space than its counterpart does; this makes it ideal for small electronics like those found in watches, remote controls or toys.

Advantages of Microcontroller Board

The first advantage of the microcontroller board is that it is small and compact. This means that it can be installed in small spaces, or even made to fit into a small space if needed. This makes it ideal for use in automobiles or other vehicles where space is limited.

Another advantage of these devices is that they are very inexpensive compared to other types of computers such as PCs or laptops. They cost less so there’s no need to worry about spending too much money on one if something goes wrong with your current model!

In this article, we looked at a few of the key features that should be present in every microcontroller board. The microcontroller can be used to accomplish many general-purpose applications, and with the right software tools, you can create just about any project you can imagine.