In essence, the MMBT3904 falls under the category of a transistor, specifically in the Bipolar Junction Transistor (BJT), which is an NPN (Negative-Positive-Negative) pin arrangement. Further, they are recognized as RoHS and REACH compliant; hence, they are ecological.

As we all know, transistors are one of the essential pieces in a circuit board since they are practically responsible for opening and closing the electronic gate, thus, regulating the current flow throughout the circuitry according to their anticipated and tolerated value.

Apart from acting as a switch of power and current, it can amplify signals that have the capability to increase the strength of the signal received from the sender into something that is more highly useful than it was delivered. Hence, we’d like to discuss the ability of the MMBT3904 to assess whether this particular transistor is appropriate for one’s purpose and application. 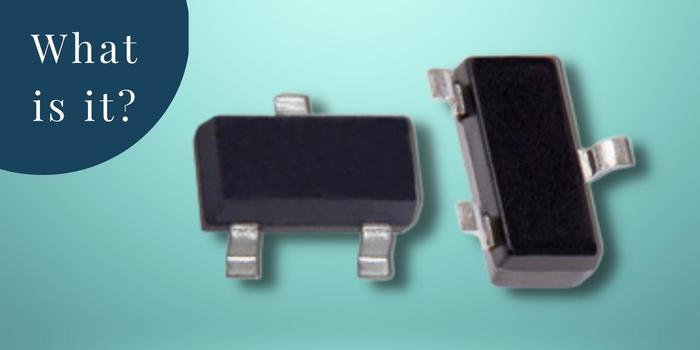 As stated, the MMBT3904 is a class of transistors recognized as a small SMT-NPN Transistor signal. Its primary responsibility is to act as a switching device; however, its purpose isn’t limited to this functionality; it can act as an amplifier too.

In addition, it can raise an amplifier’s amplitude to 100 MHz and shift to 100 mA. In terms of the material used to construct this transistor, it is silicone. As for its packaging, the standard one is referred to as SOT-23-3. However, there are still other options.

Functionally, while the foundation pin is neutral, the receiver and transmitter continue to operate, whereas when the foundation pin absorbs a signal, it shuts. In terms of the MMBT3904 maximum gain and current, it is 300 and 200 mA, respectively.

In this case, this transistor cannot accommodate loads that necessitate currently beyond the maximum current value of 200 mA. Hence, if you’re application goes above this amount, then the MMBT3904 isn’t the suitable option for it.

Nonetheless, there are still other factors to consider in selecting a transistor; all of them will be thoroughly discussed in this article, so keep on reading!

Specification Features of the MMBT3904

In order to comprehend the capability of the MMBT3904, we’d like to share some of the notable features that make this transistor unique compared to others. Further, this section will be a great help to those people that are considering this component in their applications. 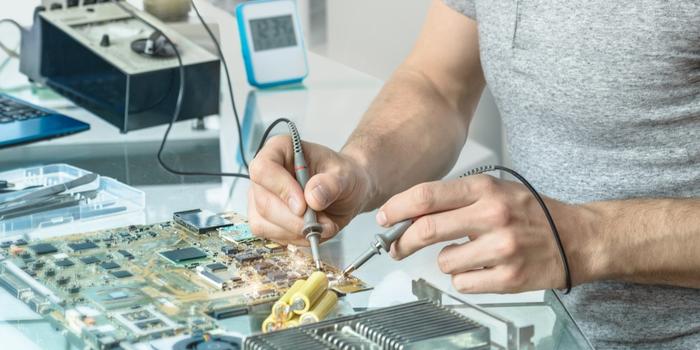 In order to fully maximize the potential of the MMBT3904, it is recommended to strictly follow the values stated since they are made to prevent the occurrences of over-usage that can be harmful to the component. All of these values are based on TA = 25°C.

Since we’re dealing with electronics, it is crucial to understand the transistor’s electrical characteristics to prevent unwanted occurrences that can potentially damage the component or even the overall device if overlooked. Hence, we’ve gathered all of the desired values related to the MMBT3904’s electric parameters. All of these values are based on TA = 25°C.

Like Electrical Characteristics, electronics deal with heat; hence, it is essential to recognize the accepted values of MMBT3904 that it can tolerate. This way, much potential harm and damage related to heating issues will be prevented. Hence, it is highly suggested to follow the values stated to utilize this transistor to its optimum performance fully. Ultimately, all of these values are based on TA = 25°C.

As a wrap, the MMBT3904 belongs under the transistors category; to be exact, BJT with a polarity classification of Negative-Positive-Negative (NPN). Additionally, they are commonly used in drive modules, like LED and Relays. They are also used in amplifier modules, such as signal and audio amplifiers.

Consequently, if planning to integrate the MMBT3904 in the mentioned applications, we suggest reaching out to a manufacturer with extensive experience, like PCBTok, for further assessment of whether this transistor is the appropriate component for such purposes.

Get in touch immediately if you’re interested in taking advantage of our daily deals. We frequently run promotions for the benefit of our customers. Why wait much longer? Acquire your MMBT3904 Transistor as soon as you send us your parameters!