In some instances, PCB Capacitors are neglected because many may think they are unnecessary in a circuit board; however, this view will be debunked in this article.

One of the essential pieces in a circuit board is the PCB Capacitor since they are responsible for determining the quality and functionality of the product; thus, it shouldn’t be disregarded.

They are also crucial in a board because they can restrict and limit the currents flowing directly into the device. It has gained popularity in countless applications due to this reason, including in high-power electronic circuits.

Overall, PCB Capacitors have changed the industry significantly because of their performance. Hence, as specialists, we’d like to provide our consumers with thorough information about them. 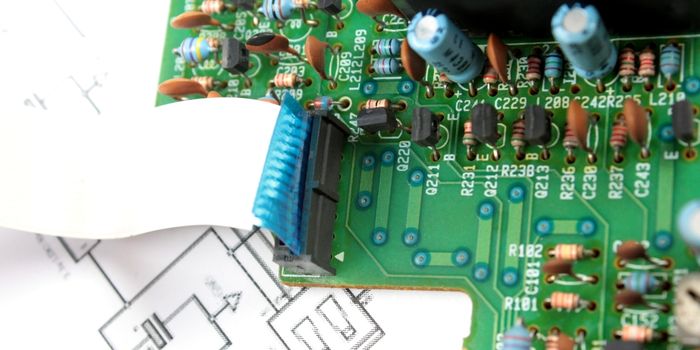 What is a PCB Capacitor?

In simple terms, a PCB Capacitor is among the core elements of a circuit board since it can conserve energy and then transpose that into a discharge thrown into the device.

It is regarded that a capacitor is an absolute necessity since it doesn’t enter a current directly. Instead, it goes through the alternating one. Furthermore, they are known to be passive, and it is capable of calculating the energy and charge that they can accommodate.

As for its composition, it is made of two (2) conducting sheets and one (1) insulating sheet known as dielectric, isolating the conducting ones apart from each other. In addition, depending on the purpose of the circuit board, the PCB Capacitors may vary according to their usage.

Since PCB Capacitors are a crucial piece in a board, they are helpful in various applications because they can safeguard microchips against noise and feature frequency-dependent performance towards their attached devices.

Some people might say that a PCB Capacitor dissipates energy when the truth is they are the ones that store in an electrical field in between their metal plates. Basically, capacitors are frequently associated with batteries because they have an almost similar purpose. 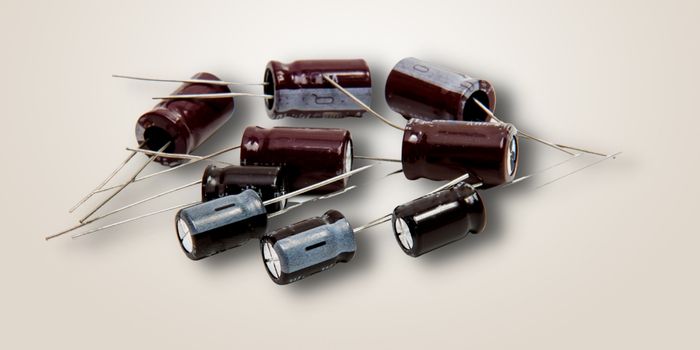 What are PCB Capacitors?

In this section, one will learn the different classifications of capacitors depending on their shapes, sizes, and purposes for one’s application. It is essential that one must know the distinctions of each capacitor to be able to determine the highly suitable one for their devices.

To put it simply, every PCB Capacitor uses different dielectrics in them. Thus, we’ll provide a comprehensive discussion regarding each of them below.

In simple terms, a Ceramic Capacitor can store lesser charges, although it does discharge less energy. As for its appearance, it has a coating wrapped around both sides of its ceramic discs. Now, as its name indicates, its dielectric is composed of ceramic.

Its measurement of capacitance value is in pico-farads, and its body has a 3-digit code wrapped on it. Also, it features high dielectric constant as its electrical properties. 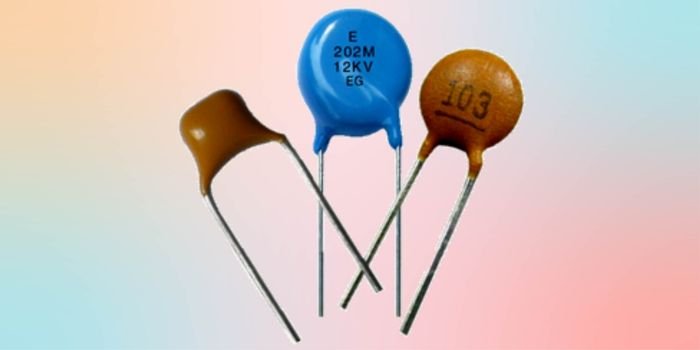 Among all types of capacitors, a Film Capacitor is widely used since it doesn’t possess dielectric loss, has exceptional resistance to insulation, and has excellent temperature capacity.

In terms of composition, it has polypropylene, Teflon, polyester, and others. As for availability, it has several options based on its size and shape. Now, its dielectrics are comprised of Teflon and polycarbonate elements. 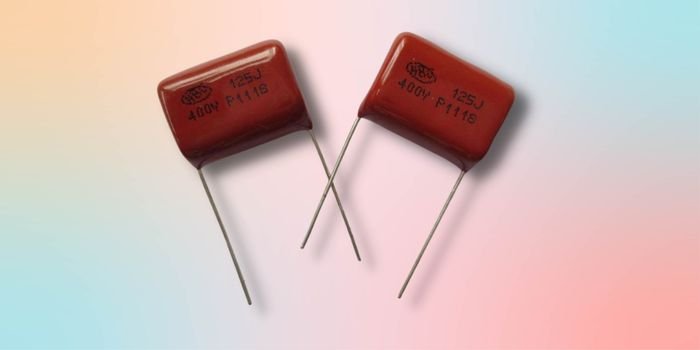 To put it simply, Electrolytic Capacitors belong to the polarized category since they only work in a specialized way of linkages. They are common in circuit boards and can store more significant electric charge despite their compact size.

As for their appearance, they are often associated with small tin cans that have a positive pin, anode, negative pin, and cathode as their fundamental pieces. If the application necessitates the capacitor to have a high tolerance to capacitance, then this is the ideal option. As for its dielectric composition, it is an oxide with a thin layer on it. 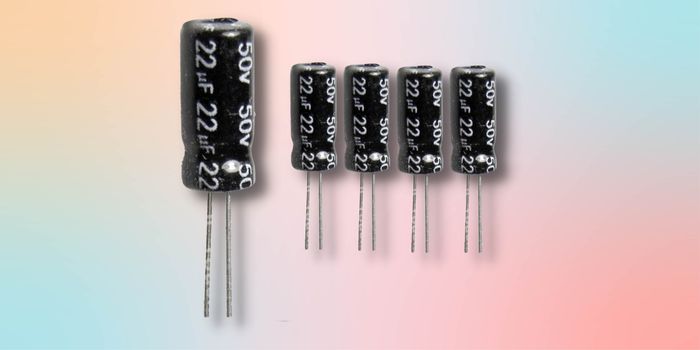 As its name suggests, Super Capacitor can accommodate high volumes of energy and current in its body, but not voltages. In terms of releasing, they perform it in one go. 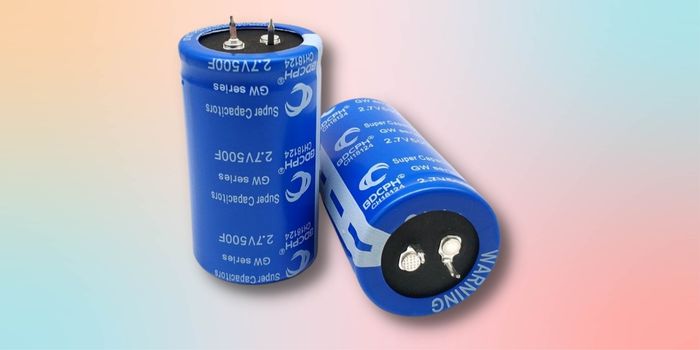 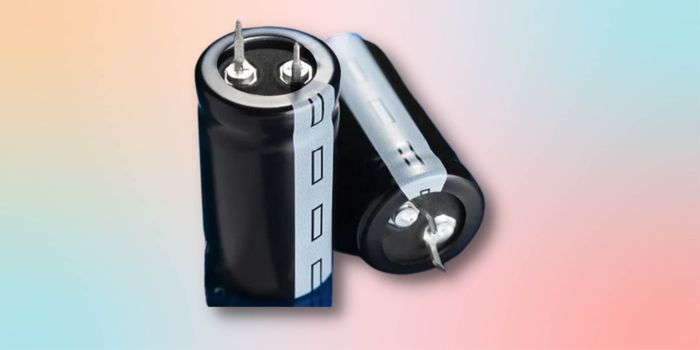 How do PCB Capacitors Function?

Generally, PCB Capacitors’ function is simple; storing energy and enabling the flow of alternating current while restricting the direct current flow. Apart from that, they are responsible for charging and discharging energy through the field of electricity.

If you’re still wondering how they work, then keep on reading. As a start, capacitors receive a charge, then that current flow will be in motion for a while and later on will hold at the first plate it runs through because the insulator will restrict it from entering since it is a negative charge. Many negative charges will pile up during that happening, eradicating the excess electrons to another set of plates. That sheet will transmute into a positive charge.

At this point, both of the metals will continue the exchange of charges since ions and protons will constantly look for ways to interact with each other. However, an insulator’s purpose is to prevent the emergence of these two charges. Then, it leads the capacitor to continuously stock charges that significantly promote tension, followed by the discharge of electrons from the capacitor throughout the board’s path.

Importance of Capacitors in Circuit Board

As mentioned previously, PCB Capacitors are significant in every circuit board. Therefore, we’d like to provide the importance of this component in the PCB.

To lessen the occurrence of voltage pulsation, there’s a need to maintain the voltage level according to its designated value. In addition, if the voltage is in a parallel circuit, it will charge the capacitor correspondingly. Now, the released energy of the capacitor will be transformed into an alternating flow of current. Thus, if one tries to convert AC to DC or vice versa, it promotes the event of a voltage boost.

One element that assists in denoising is the capacitor. Basically, its task is to prevent the passage of DC and let AC through; then, the interference is reduced by the DC in a capacitor.

One of the most significant benefits of a PCB Capacitor is its designated structure, which can charge and release energy. Other than that, it can store electrical power among the metal sheets, thus, reducing the time during the discharging process.

Factors to Take Into Account When Choosing PCB Capacitor

As we all know, there is a variety of PCB Capacitors depending on their size, shape, purpose, and dielectrics. Hence, it is crucial to have adequate knowledge to select the proper application classification. We’ll briefly discuss each of the necessary aspects below.

Since capacitors are known to discharge their stocked energy, thus it is essential to see the amount of current they release because it is the principal purpose of a capacitor.

One should consider a capacitor’s tolerance since it will determine the capacitance from its nominal value. Typically, it is around ±1% up to ±20%.

Above all the mentioned aspects to look out for, capacitance ranks first to examine before anything else; one should recognize the board’s capacitance requirement since it is the capacitor’s electrical property. It may vary depending on the desired application. As an example, if a massive amount of capacitance is necessary, then filtering rectified voltage must be selected since it is the suitable approach in such scenarios.

It is rampant to encounter problems with voltage relating to capacitors; thus, verifying the voltage rating that will be integrated into the capacitor is crucial. Typically, its value should be aligned with the capacitor’s requirement to avoid problems.

There are lots of consumers that overlook the operating temperature of a capacitor, hence, leading to a damaged device. If the application requires 150°C, the capacitor’s temperature tolerance should not be below that demand; it should match the requirement.

The capacitor will be functional for this time frame. Thus, it is crucial to keep this in mind when selecting one.

How to Measure PCB Capacitance?

One of the critical actions to take in integrating a PCB Capacitor is to determine its capacitance to prevent problems from arising. Thus, we’d like to share with our consumers the right way of measuring capacitance in a capacitor. Before that, one must know the capacitance unit, which is farad. But since farad offers a tremendous amount of energy, we can use its smaller branches, including microfarads and picofarads.

We have the formula Q=CV, wherein Q stands for the total charge, C for capacitance, and V for voltage. Since capacitance has a direct relationship with voltage, it should be multiplied by each other. Thus, this indicates that if the voltage decreases or increases, so will the capacitor’s capacitance.

Since we already have the appropriate way of calculation, it is essential to know that its typical result should be around one picofarad or around 10 to 12 farads up to 1 microfarad or approximately 10 to 3 farads in value. One thing to remember is that capacitance refers to the energy ratio, and if the conductor’s surface area is vast, so is its capacitance.

1st Step: When Should a Capacitor Be Altered?

Due to various mechanical faults, a swept capacitor could bring down the entire system. Examples of these types of symptoms of a ruptured capacitor are the following:

Therefore, it is essential to constantly examine and maintain the capacitor to prevent further damage to the device. Also, do not evaluate if the device is turned on.

Below are the following essential tools for replacing a capacitor:

First, the device should be turned off before touching the unit. After that, obtain the screwdriver and open the case to access the circuit board. One will recognize the damaged capacitor by looking for a convex-shaped component in the panel. If you still can’t find the damaged piece, look for the oddest form of the capacitor on the board.

After that, add a soldering thread to the bottom of the connections after the damaged capacitor has been discovered. To get the glue to warm up and get pulled into the strand, hold the warmed soldering iron against the plait when it is scorching.

Then, one can detach it from the backplane by pushing on the capacitor’s terminals until they are clear of solder. Allow a soldering probe to eliminate any remaining lead from the touchpoints.

Before installing the all-new capacitor, its leads should be trimmed accordingly for smooth attachment and to level the height of the damaged former capacitor. After that, insert the newly decorated capacitor into the holes of the previous capacitor.

So, immediately touch the gap on the board’s rear with the soldering probe. As the steel point reaches the opening, force the cable feed into the slot and then extract it. The new section within the existing welded joints will be secured when it hardens. 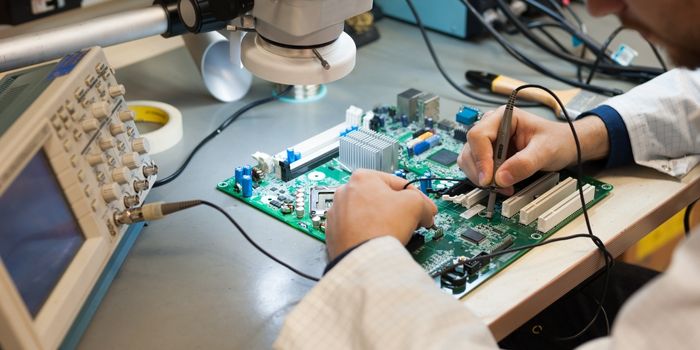 As a wrap, PCB Capacitors are essential in every device with a circuit board; it plays a vital role in determining the quality and performance of the overall product. Thus, investing in the appropriate capacitor will greatly benefit various applications.

If you’re planning to seek quality performing PCB Capacitors while having efficient circuit board production, then opt for PCBTok. We are among the leading manufacturers worldwide and can outsource the highest quality PCB Capacitors to your devices.

We offer one-stop services for such products; we guarantee our consumers complete satisfaction and efficient and long-lasting products.

Grab your specialized circuit boards and components with us today; you’ll never regret it!