As many people know, circuit boards are already quite complicated to process; however, the fundamental components that make up the overall device are much more challenging.

The transistors are the principal components of circuit boards; they primarily act as an amplifier to the device that can switch signals to power.

Consequently, they are one of the highly essential pieces in every power supply to high-power circuitries. Since such applications require flawless switching for them to function efficiently; hence, PCB Transistors are significant. We suggest finishing the reading by the end.

Overall, PCB Transistors may be a tiny piece, but it offers a lot for various purposes and projects. Thus, in this article, one will learn the in-depth details about a PCB Transistor. 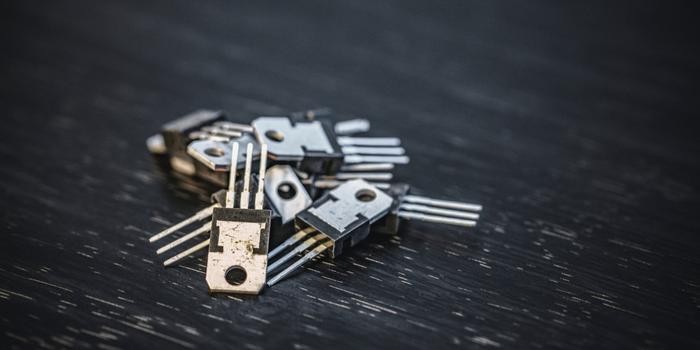 What is a PCB Transistor?

As mentioned, PCB Transistors are components in a device that amplifies or switches electronic signals for electrical power.

It is compact in structure and composition; however, it can be vital in every circuit board. As for its design, it is primarily made up of a semiconductor material that has three terminals, with each of them carrying its respective current.

Since a transistor can act between an amplifier and a switch, we’ll dissect its responsibility in each role. Whenever the PCB Transistor acts as an amplifier, its primary task is to transmute the inputted current into a more considerable current as it goes out of the board.

If the PCB Transistor acts as a switch, its primary responsibility is to manage the flow of electrons with the help of an electronic device. However, since its role is a switch, this transistor can act as either among the two distinct states, on and off.

In the modern world, transistors can be purchased and packaged in singles; however, in past years, they can only be found in integrated circuits, embedded. 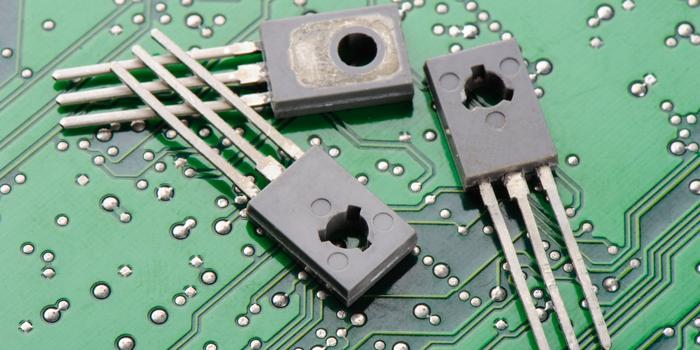 What is a PCB Transistor?

All of these configuration types are further categorized into two classifications. We’ll discuss each of them below; keep on reading.

Among all transistor classifications, the BJT is the most well-recognized; it can work as an NPN or PNP. In terms of structure, it is composed of three terminals; the emitter, the base, and the collector. Typically, it can act as an amplifier or switch, depending on its program. 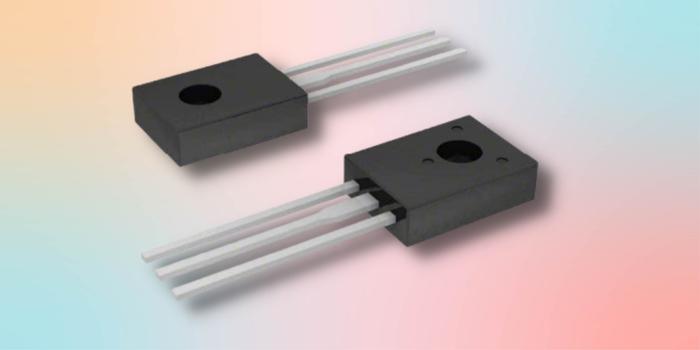 Like the Bipolar Junction Transistor (BJT), the Field-Effect Transistor (FET) comprises three terminals; however, its layers are arranged differently concerning NPN and PNP configuration. Instead of having an emitter, base, and collector, the FET comprises a source, drain, and gate.

Regarding application, FETs are frequently deployed in low-noise and buffer amplifiers and analog switches. While its other form, Metal-Oxide-Semiconductor FET, is popular among high-frequency applications, including microwave circuitry systems.

As for its working principle, Field-Effect Transistor refers to a phenomenon that turns on the transistor and permits the passage of current. Further, the P-Type barrier that separates the N-Type originator and depletes has perforations that prevent electrons from passing through it. Additionally, the creation of electrostatic potential, however, by applying a positive power to the port, allows electrons to go from the inlet to the outlet. Consequently, its effect has significantly assisted the flow to the Field-Effect Transistor (FET). 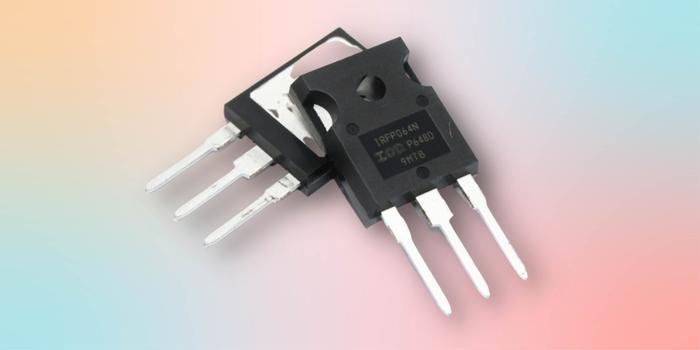 What is SMD Transistor?

During the event of a transistor that is directly mounted to the board’s surface, it is referred to as a Surface Mount Device (SMD) Transistor. This method is inexpensive compared to another approach of attaching a transistor to the device. However, it is vulnerable to environmental strains and vibrations, thus, making it highly fragile.

Nevertheless, there are alternative methods for incorporating a transistor; one of them is the Through-Hole approach, wherein the metal prongs are installed in perforations of the board. Moreover, they can be expensive and timely to manufacture; they are reliable and worthy.

Overall, one can choose the approach one wishes to take; however, we suggest considering the device’s purpose, budget, and application to avoid headaches. In that way, both the manufacturer and the client can save time.

How do PCB Transistors Function?

As mentioned a while ago, PCB Transistors can be an amplifier and a switch depending on the applications deployed and the program they are constructed.

All contemporary communication programs incorporate complicated power switches that employ transistors. Additionally, devices provide unprecedented shifting rates, including 100 billion or more on-and-off frames a second or even 100 GHz and above.

In terms of applications, transistors are highly significant, especially in amplifying signals. As a result, they play a crucial role in radio applications, such as FM Receivers. Since the signs coming in can be disrupted due to disturbances within the environment, it requires a device to deliver the signal in an audible output; hence, the PCB Transistor is integrated.

All in all, the functionality of a transistor will solely depend on the designated purpose programmed by the manufacturer; it could be either a switch or an amplifier. Nonetheless, if planning to understand them better, we already discussed their responsibilities as part of the content in defining a PCB Transistor; we’ve made it simpler for our consumers.

How to Read PCB Transistors?

Since there are various classes of PCB Transistors, it is essential to have the ability to read them. After obtaining the knowledge by reading them, one will be able to test them to verify their performance; it will be discussed in the latter part of this article.

Below is the step-by-step guide to reading a PCB Transistor: 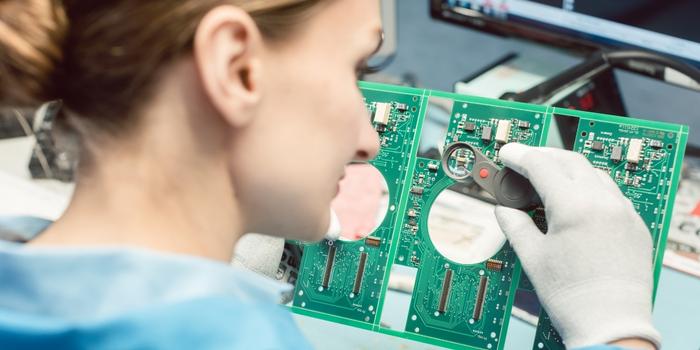 How to Read PCB Transistors?

Importance of Transistors in Circuit Boards

It was decades ago when transistors paved their way through the technological world; they were basically one of the first computers back in the day. Essentially, these transistors are gathered to create a functional microprocessor that can understand commands installed into a single integrated circuit (IC).

Moreover, they power electronic game consoles, MP3 players, smartphones, cameras, and memory hard disks for computers. In almost every IC, that is a component of every digital system, and there are transistors firmly implanted.

At present, transistors are a great help in every circuit board since they can manage the flows coming in and out of the device. Further, they are frequently integrated into almost all electronic device switches that are compact in design. Apart from that, they are the fundamental components of integrated circuits (ICs), which are silicon microchips coated with many transistors coupled by wiring.

How to Inspect a PCB Transistor?

Since we’re already equipped to read a PCB Transistor, we can proceed into its testing process to ensure they are correctly working during the operation.

We’ve created a simple step to test a PCB Transistor; below are the guidelines.

Before inspecting the transistor, confirm that there is no electricity in the circuitry by turning it off. Its battery should then be removed after unplugging the AVC power supply. Keep in mind that there is no electricity on the circuit board before concurrently touching a capacitor’s two inputs with a wire. To prevent turning off the stored power, use a screwdriver with insulation at the handle tip.

Be on the search for the transistor’s foundation, receiver, and transmitter pins. For purposes of classification, various transistors have labeled terminals. They’ll be marked with B, E, and C. One should ensure the lines’ alignment before requesting a datasheet from an electronics provider. One should have conviction in their ability because every transistor has a special place for the needles.

If the voltmeter has a semiconductor option, one must utilize it; if not, one should employ the otherwise. If the transistors operate in an analog context, set it with a minimal Ω-range.

One can verify the separator reading in both base-collector orientations by touching a one-meter connection to the foundation line and the other to the receiver line. If the transistor operates correctly, it will have a measurement in one channel and an infinite one in the other.

While holding one lead against the ground and the other against the transmitter, one must confirm the inductor measurement on the platform in both orientations. After testing the meter, turn the cables around to check the other way. Moreover, the anticipated value is approximately 600-Ω to the other end and limitless on the other end.

Its core wire must be withdrawn if the numerical measurement exceeds 600 since other parts might influence the result. Keep performing the test thrice to achieve an almost accurate measurement.

Following testing, one must be able to tell if the foundation or receiver measurements indicate 0 from both channels or if both indicate limitless operations. Basically, zeros indicate a brief period, and infinities are a sign of an active transistor diode.

In conclusion, it is essential to determine the purpose of a PCB Transistor before obtaining one since it has various responsibilities in a device. In addition, one should initially consider the transistor’s classification to fit the desired application before acquiring it.

It has been verified throughout the blog that PCB Transistors can be simple to look at, but their functionality raises a complex approach. We at PCBTok sincerely hope that this article has helped a lot in understanding PCB Transistors in detail.

If you’re still searching for the proper manufacturer to build and assemble your circuit boards, then look no further, as PCBTok has extensive industry experience. Hence, you can guarantee that your purchases are handled professionally and delicately.

Send us an inquiry or quote today, and we’ll respond to your concerns immediately!