In terms of high-frequency and high-speed applications, such as microwave boards, it tends to require an uninterruptible connection; thus, the PCB Transmission Line takes place.

Among the reasons why quality PCB Transmission Lines are necessary for that purpose is because the traces become proportional to their wavelength; hence, it necessitates an efficient linkage.

In place of this, there are various transmission lines that many designers and engineers can choose from. One of the famous ones is the strip line and microstrip lines. However, there are still other options apart from them, depending on the operation’s specifications.

Consequently, as an expert in this field, we’d like to provide an in-depth look at a PCB Transmission Line. Along with it are the enumeration of various types of Transmission Lines, their significance, characteristics, materials, and tips to attain flawless interconnection. 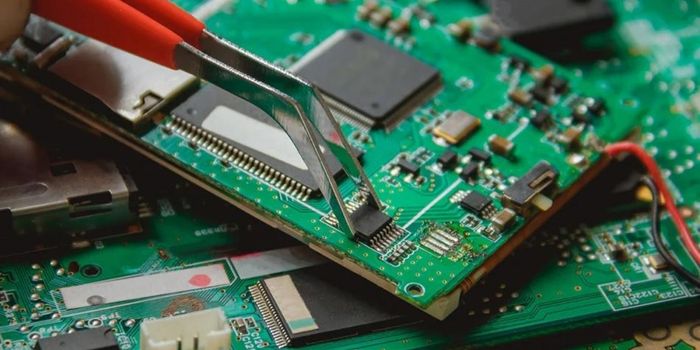 What is a PCB Transmission Line?

To put it simply, a PCB Transmission Line is a mode of interconnection that aims to transport the signals from a transmitter to the receiver module. In terms of composition, it has two conductors; one is for the signal trace, and the other is for the return path referred to as the ground plane. In between those conductors is a dielectric component usually comprised of Fiberglass, Prepreg, Polyimide, and Coverlay.

One thing to remember is that its behavior differs from regular electrical transmission lines. In addition, all of the input and output system travels through this line. Hence, we’d like to provide a more detailed explanation of its process.

Overall, one must not overlook the quality and performance of a Transmission Line because, if neglected, several issues may occur, including crosstalk, electromagnetic noise, and other concerns that could potentially harm the signal performance and present faults. 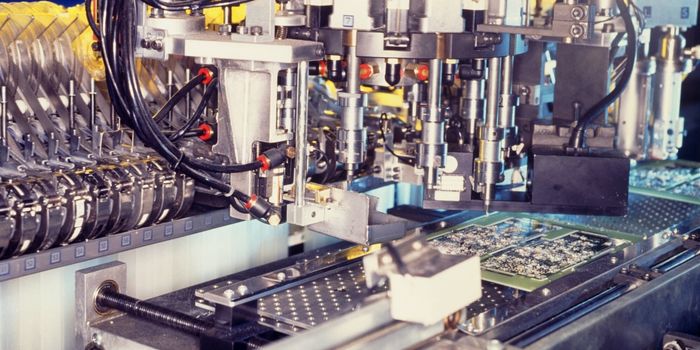 What is a PCB Transmission Line?

Below are the three (3) classifications of PCB Transmission Lines:

One of the popular types of PCB Transmission Lines is the Microstrip. Essentially, it comprises a single, coherent trace on the board’s outermost surface. Now, as for its dielectrics, it integrates one in the plane to separate the conductors through a predetermined length and size. Additionally, its return path and signal trace follow in parallel linkage. 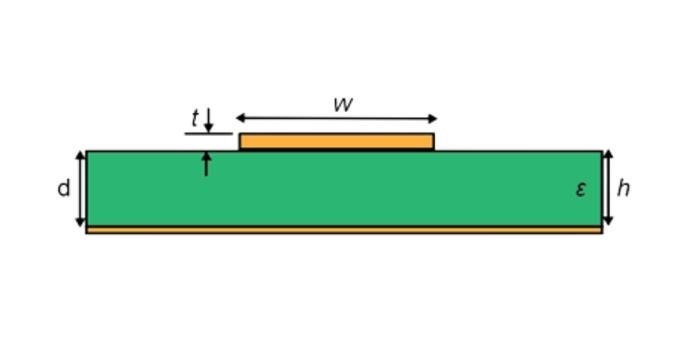 Another recognized type of PCB Transmission Line is the Stripline. It has a concurrent interlayer along either surface and an integrated signal path throughout the board. Since there are two outer surface planes, two return paths also follow parallel junctions. 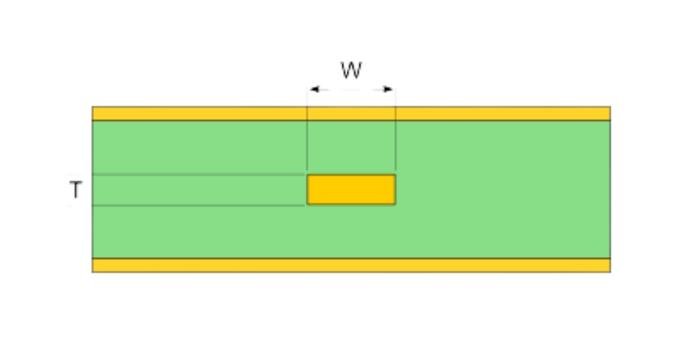 Generally, both stripline and microstrip can be classified as coplanar but with a specific feature. This includes a coplanar waveguide and waveguide with the reference. Apart from that, there is a cable termed Coaxial outside the vicinity of circuit boards; however, it still falls under the coplanar category. It can be suitable for operations that run through high-frequency, including sound systems. 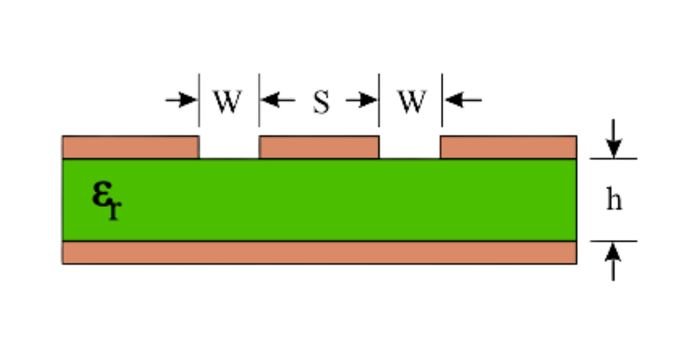 In essence, PCB Transmission Lines are essential in every board since it prevents various problems, including signal loss, serial linkage concerns, and cost issues. Consequently, they are significantly helpful in high-frequency applications since they are prone to signal disruptions and dielectric failures. Thus, its Transmission Line should be thoroughly considered and designed to prevent possible issues. However, owing to the sophisticated technologies in the present time, it is no longer a threat in the industry since its fabrication, prototyping, and frequency capability was highly enhanced over time. As an expert in the field, we have gathered guidelines to interconnect the cables in the board flawlessly. The following are some of the notes to consider:

Characteristics of a PCB Transmission Line

Essentially, a PCB Transmission Line comprises two foundational characteristics: the propagation delay per length unit and the impedance control. There are countless reasons for crosstalk, electromagnetic noise, and signal reflection occurrences; however, it can be prevented through the following ways.

Consequently, these things shouldn’t be neglected since they can significantly affect the overall quality of the signal and its performance on the board. Apart from that, one should take into account the values of its capacitance, conductance, inductance, and resistance before selecting the Transmission Line. 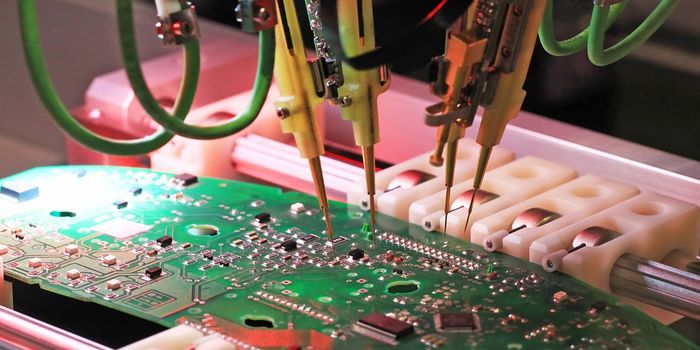 Characteristics of a PCB Transmission Line

In order to attain an efficient linkage, the designer must consider impedance; it should be aligned to its dedicated trace line width. In the case that it won’t match, particular issues could potentially arise, one of them being the signal reflections inside the system that can significantly contribute to the interruption of the process. As a result, it is highly crucial to calculate the properties of the line efficiently; it should be at their exact values per the guidelines. In that way, the Transmission Line will not raise concerns about the board’s performance. Hence, we provided some things to consider to prevent the issues from occurring. Here are some of them:

When is an Interconnection Considered a Transmission Line?

Simply put, the line’s port of call and propagation of signal will be cut short from its source if its transmission rate falls under approximately 50 Megahertz. Moreover, compared with the analog signal wavelength at one-fourth, it will possess less than ten percent. In calculating or analyzing the signal speed at low scenarios, we suggest utilizing the technique referred to as conventional network analysis, even without considering the reflections of the transmission.

However, it has its exceptions; this method can’t be deployed in high-speed and high-frequency signals since neglecting the propagation time in such cases is impossible. As a consequence, it necessitates an analyzation technique that is designed explicitly for Transmission Lines. 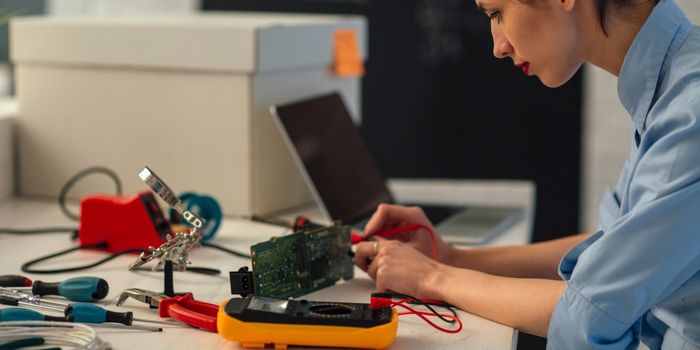 When is an Interconnection Considered a Transmission Line?

In this section, we have decided to compare the air transmission and the conventional dielectric components to identify the delays in propagation and data signals. Thus, we’ll be sharing the bits of the result below:

To wrap things up, fault-free PCB Transmission Lines can significantly boost the overall performance of the data and signal transmission. In addition, it could substantially reduce the occurrences of possible issues regarding transmissions.

We, PCBTok, genuinely aim to help the readers better understand the PCB Transmission Lines and assist them in selecting the appropriate classification for their applications.

Our recommendation as industry experts is to go with a manufacturer like PCBTok that has been successfully venturing into the marketplace for a long time. We can assure our customer’s that our Transmission Lines will be manufactured through advanced techniques and assembled with sophisticated raw resources.

Feel free to inquire with us; we’d be highly delighted to attend to all of our customer’s concerns with a hundred percent satisfaction.

Grab your PCB Transmission Line with PCBTok straight away!