As a circuit board designer, you are aware that power plane PCB has an essential role in your circuit boards. You will be able to understand its importance only when you know that it is a layer which distributes the current throughout the entire board. The current passes through this plane as well as other layers of the board.

Power planes are an essential part of circuit boards, but what exactly do they do? We’ve got the answers you need to make sure your next circuit board is up to snuff. 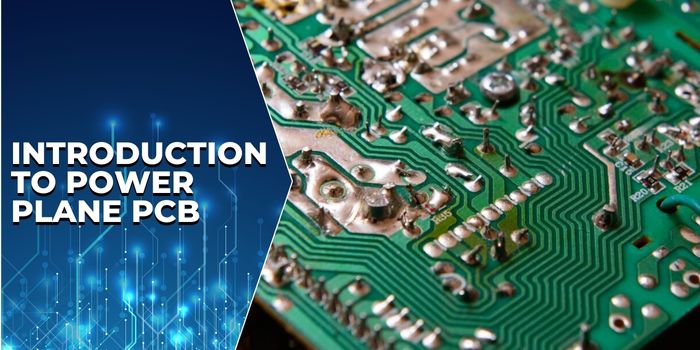 What is Power Plane in PCB?

Power plane is a conductive layer which is used to distribute power to all parts of the board. It can be found on both sides of a PCB, and it provides an electrical return path for current that flows through a circuit. The voltage and current levels on power planes are typically much higher than those provided by other components, such as resistors or capacitors.

The power plane is usually connected to a single point on the board, called a reference point or voltage source, which can be anywhere between 0V and 5V. All of the components then connect to this reference point and then supply voltage through their pins to whatever circuit they’re controlling or monitoring. 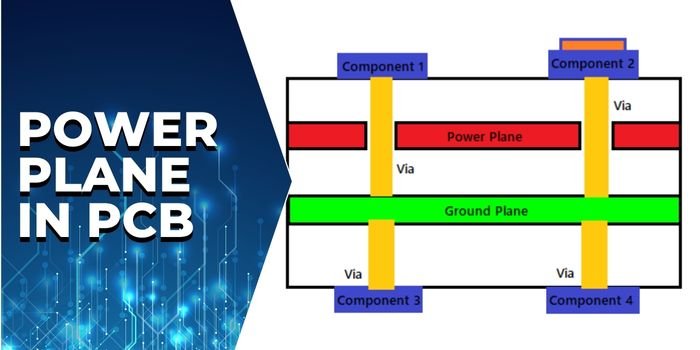 Why Use Power Planes?

Power planes are used in printed circuit boards (PCBs) to distribute power in a way that is similar to how water is distributed to different areas of a city. The power planes are used as a way to reduce the amount of current that travels through other layers of the PCB, which can lead to heat problems and electrical resistance issues.

When designing a PCB, it’s important to consider how much power will be needed by each component on the board. This information should be provided by the manufacturer of these components so you can calculate how much current will be traveling through each layer of your board. If this information is not available, you may need to do some research into what kind of power supply will be used with your product or how much current each part draws when it’s operating normally. 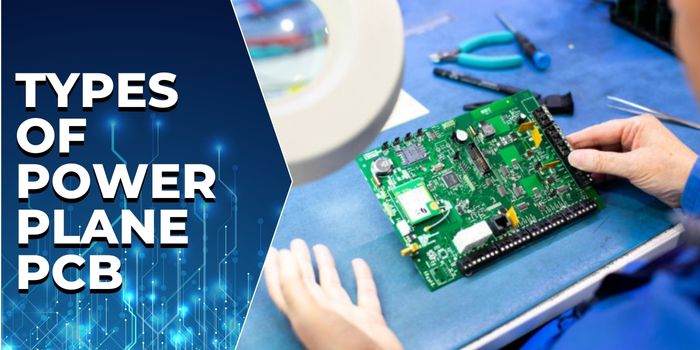 A type of power plane printed circuit board that uses frequency-dependent coupling to transfer power between sections of the board. This allows for more efficient power distribution and management than traditional static power plane PCBs.

Has a layer of copper foil that acts as the power supply for each layer of the PCB. The Static power planes acts as an electrical current source and helps to distribute current throughout the PCB.

It is used for circuit boards that only have one or two layers and that have a large area of copper on the bottom layer. The cutout design does not require a ground plane, so it can be used in any situation where you need to connect multiple components without using an additional ground plane. 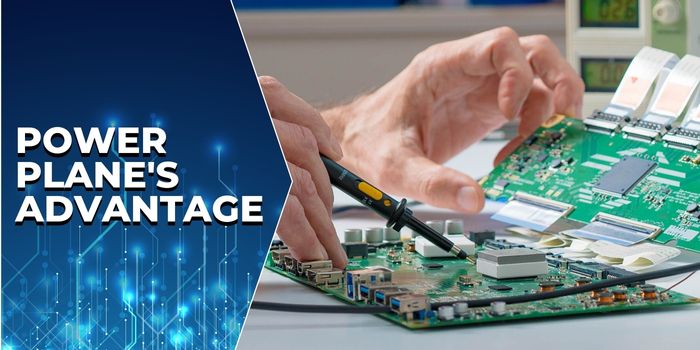 The power plane’s advantage over other layers of a PCB is that it has a greater current carrying capacity than other layers. This means that you can run more current through your PCB using the power plane layer than you could if you were using another layer such as an internal ground or signal layer.

The power plane is an important part of a printed circuit board because it provides better decoupling between circuits. This is done by separating the ground and power planes from each other.

The shorter return paths of the power plane help reduce radiated emissions from the PCB. This is because shorter paths have less capacitance and inductance than longer ones, which reduces the amount of energy that is stored in the path.

Power plane PCB is a type of PCB that has the power distribution on a common layer. It is used to distribute power throughout the circuit board and reduce the number of layers. To design a power plane PCB, you should follow these tips:

The first thing you should do when designing a power plane PCB is to ensure proper symmetry. When designing your PCB, you want to make sure that every component is facing in the same direction, and that all of the components are aligned with each other. This will help ensure that all of your components are properly placed and aligned, which will make assembly much easier for both you and your manufacturer.

Symmetry helps to keep the circuit balanced and prevents excessive current flow in one direction. It also ensures that the current flows evenly across the surface of the power plane PCB, which reduces heat distribution and improves efficiency.

When you’re designing your PCB, you’ll want to make sure that the layout software you use is compatible with the tools used by all of the other teams. If not, then you will have to export each file and import them into another program, which can lead to mistakes. This is why cross-team layout software and tools are so important!

If you’re working with a team of designers, you can use cross-team layout software and tools to share information about your design. This will help you avoid mistakes and keep your team on the same page.

When you’re designing a power plane PCB, one of the best ways to get it right is to provide multiple domains. By doing so, you can make sure that your power plane has the capacity to handle all of the current that’s going to be running through it. You also want to make sure that there’s enough room for any surface mount components or larger components that may need to be placed on the board later on down the line. 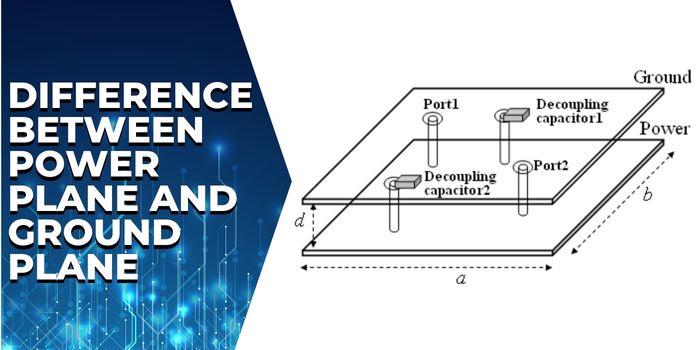 A power plane is another name for a large-scale distribution network within a printed circuit board. It’s an area of copper that provides power through multiple paths rather than just one like with a single trace. Power planes are used in high-speed circuits because they provide more paths for current flow than do single traces alone; this helps reduce inductance and crosstalk within these systems while also improving overall reliability through reduced impedance between different parts of an electronic device such as an integrated circuit or microprocessor module.

A ground plane is an area of copper that is connected to the ground terminal on a circuit board (or computer). This copper area acts as a reference point for other components in the circuit, which can then use it as a ground source. Ground planes are usually found in digital circuits, where they’re used to provide DC power and ground for digital components. The larger the ground plane, the better it is at providing grounding.

Can a Power Plane be a Reference Plane? 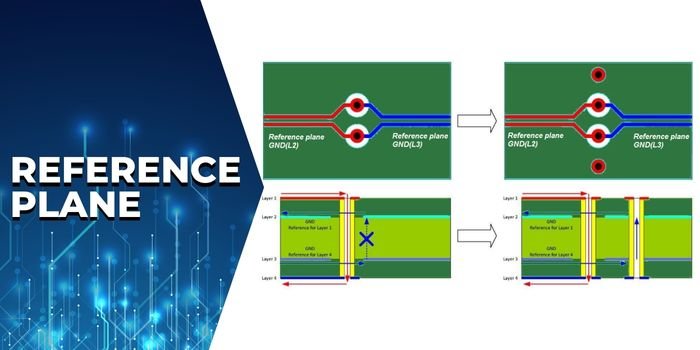 This is a number that represents how much current can be carried by a PCB power plane.

In the context of PCBs, a power plane is a layer of copper that runs through the center of the board and connects all the components together. This layer is usually connected to ground, and it’s what carries all of your components’ current.

Once you have these numbers, you’ll plug them into this equation: 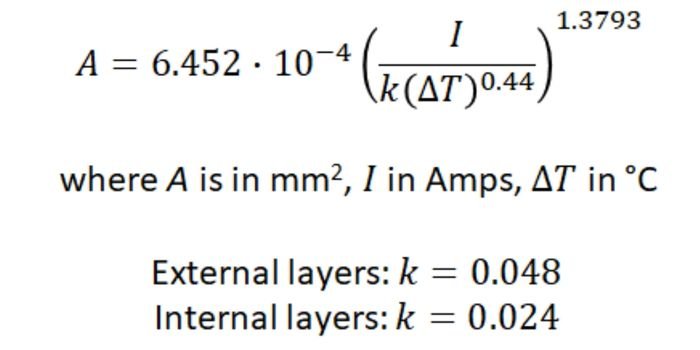 Why Use Large Planes?

In a printed circuit board (PCB), the most important factor in designing a circuit is to have a well-planned power plane. The power plane is a layer of copper that transfers power from one part of the PCB to another. It provides a common ground for all components on the same layer and helps prevent signal interference between them.

The size of your power plane can affect how much heat it can dissipate before failing, so it’s important to choose the right size for your project. If you use too small of a plane, you’ll run into issues with heat dissipation and power distribution; if you use too large of a plane, it won’t fit properly on your board.

The major reason why large power planes can help lower DC resistance is because they reduce the number of vias that need to be used in a circuit board. Vias are metal plugs that connect different layers of a printed circuit board (PCB) together; these are used to carry signals from one layer to another without having to use wires or traces on top of each other. The fewer vias there are in a PCB design, the less resistance there will be between those layers, which results in less power loss overall.

As you know, heat is transferred from one object to another by means of conduction, convection, or radiation. Large power planes act as thermal conductor and help in transfer of heat from one part to another.

When using a large power plane, heat transfer is much more efficient than when using a small power plane. The larger surface area of the PCB allows more heat to be transferred from the copper layer to the air, which helps keep temperatures low during use.

Now that you know the general principle of power plane PCB, you will better understand its importance in your circuit board design. So it is recommended to take your time, consider different factors and make sure what kind of power plane PCB that perfectly fits your need.