Have you ever wondered how those scenes in movies that, in just one clap, their lights will turn on? Even those electronically operated assistants, like Alexa and Google, can respond to commands from human voices.

All of those are made possible through technology; in that particular scenario, it is because of a Sound Sensor and a little bit of programming involved. It can be overwhelming, but we’ll make it simpler for our readers.

Over the years, Sound Sensors have significantly impacted the automation industry; it has been utilized in countless technologies in the modern world and has helped various industries with their operations because of their exceptional capabilities. We know you’re already wondering; how this thing works.

Hence, in this article, we’ll be discussing in-depth Sound Sensors. To be exact, it will focus on its definition, configuration, feature, specifications, function, applications, and even troubleshooting. Keep reading until the end to have a detailed overview of Sound Sensors. 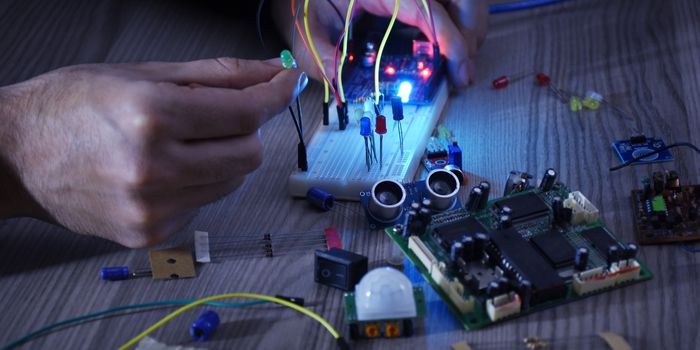 What is a Sound Sensor?

In simple terms, a Sound Sensor is a module utilized to detect the intensity, process, and respond to environmental noise signals. As for their applications, it is frequently found in devices that have a primary function to process sound waves.

One of its applications is security and automation systems, monitoring devices, and switches. In addition, its sensitivity can be adjusted through a program that will align with the desired usage; PCBTok can perform it according to our consumer’s specifications.

As for its structure, it has some inclusions in the module, such as a detector, amplifier, and microphone. Including a microphone to input the noise into a buffer is necessary. Once that particular sound wave has already been detected, the process of reading the message from the sound signals will begin immediately.

Nevertheless, it can only process noise levels at 3 kHz up to 6 kHz of the frequency concerning decibels, an approximation wherein it is already sensitive to the ears of humans. Due to technological advancements, there are existing devices to measure sound levels. 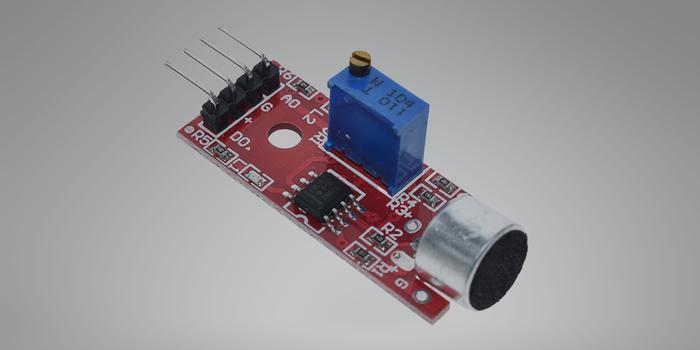 What is a Sound Sensor?

What is the Configuration, Working Principle, Features, and Specifications of a Sound Sensor?

All of these aspects; configuration, the principle of working, features, and specifications will be discussed separately below.

Configuration of a Sound Sensor

Essentially, there are four (4) pin types included in a Sound Sensor. We have them below.

Working Principle of a Sound Sensor

As an analogy, Sound Sensors perform similar functions to human ears since it has a diaphragm. However, the only difference is that external devices are included in this module to convert sound waves successfully into current. Among its devices attached externally is a microphone.

In most cases, it consists of a membrane of magnetic materials looped around steel cables. Further, the magnets inside the sensor oscillate per audio impulses, and the loops within the sensor can also induce electricity simultaneously.

Features and Specifications of a Sound Sensor

Below are the properties and characteristics of a Sound Sensor:

How Does Sound Sensor Function?

As mentioned, Sound Sensors can be compared to human ears since they both have a diaphragm responsible for converting sound signals from the environment into an output. However, Sound Sensors cannot replace the ears since their diaphragm isn’t the same; instead, it utilizes a peak detector, an amplifier that has varying selections depending on the desired sensitivity, and a microphone.

If a module lacks even one of these components, it’ll be hard to function. Hence, we’d like to provide the process for better understanding.

We’ve simplified the process into bits for one to grasp the procedure thoroughly. Owing to this process, this module can detect voice commands to control the smart appliances in a household. It may sound simple; however, it requires a thorough approach to achieve its desired purpose fully. Thus, selecting a manufacturer with extensive industry knowledge is highly recommended to avoid errors and attain optimum performance.

There are countless applications for a Sound Sensor that can be beneficial in various daily operations aside from Arduino Projects. Some of its applications include the following:

These applications have one primary objective: to ease humans’ life. Along the way, it may increase its functionality as technology advances. 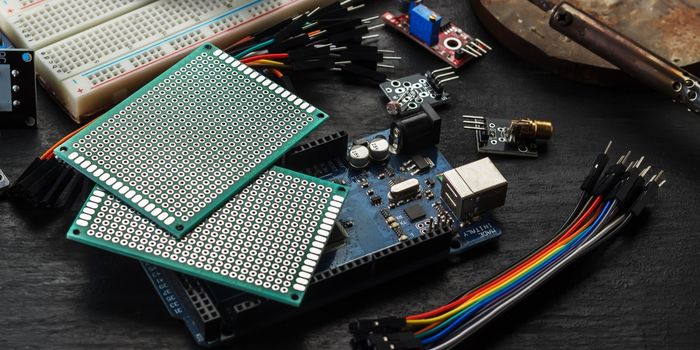 What are the Sound Sensor Module Components?

In the modern world, Sound Sensor Module has gained popularity in various Arduino Projects due to its numerous features and capabilities, such as the capacity to create sound-reactive switches and LED visualizers powered by sound. Apart from that, its cost, power, ruggedness, and wide adjustable sensing range have significantly contributed to its popularity.

In the previous topic, we discussed the various pin configuration embedded in this module. Apart from the VCC, GND, Digital Output, and Analog Output pins, it possesses Power LED and Signal LED. As its name indicates, Power LED, the light automatically turns on if there’s power generated through the board. As for the Signal LED, it can only be triggered if the board has been toggled. Apart from the mentioned parts, it has a converted analog to a digital signal called Comparator OP-Amp.

Moreover, if planning to adjust the noise sensitivity, we included a Potentiometer that can modify the intensity. Ultimately, the module wouldn’t be completed without the microphone that detects the soundwaves from the environment. If one component is missing, it might not function as it should. All in all, it creates a working and efficient Sound Sensor Module. 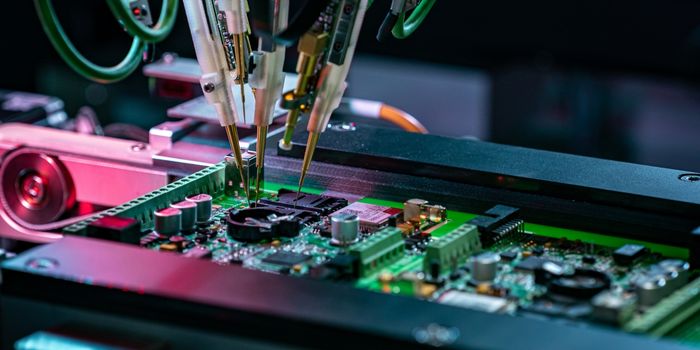 What are the Sound Sensor Module Components?

What is the Board Interface of a Sound Sensor?

Generally, a Sound Sensor Module comprises various components, especially a microphone that is joined together to function as one. Its principal goal is to process and convert sound waves into usable frequencies known as electrical signals. In that manner, it is composed of three essential parts; without them, it’ll be impossible for the module to function. It includes an Electret Microphone, Sensitive Adjustment, and Comparator.

To better understand digitization, the comparator process electrical signals sent into it. After that, it will process its output through the designated pin.

Basically, this module contains a potentiometer that one may use to define a boundary if one intends to pursue matters a step further. Using this criterion, one may determine if a sound’s intensity is high if it surpasses the specified threshold or is below the limit. With this configuration, one may set an operation to be done once a specified threshold is reached. For instance, when one claps their hands, the sound energy may be above the specified point, causing the appliances to come on. Doing a little experimentation can come up with many creative pursuits. Apart from that, a Sound Sensor contains two LEDs which was already discussed in the previous section. Overall, this is the Sound Sensor Module’s Interface.

How to Troubleshoot a Sound Sensor?

Once the Sound Sensor acts differently than it should, it is essential to follow the standard guidelines to manage it to avoid further damage to the module. We’ve created the following steps to take in case the Sound Sensor shows some signs of error. 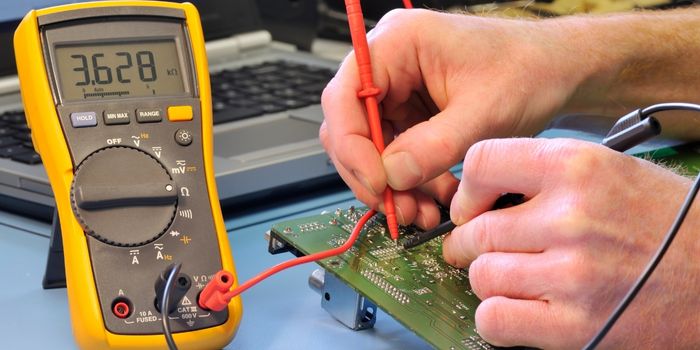 How to Troubleshoot a Sound Sensor?

In conclusion, Sound Sensors have been a great help in the advancement of technologies in today’s world. However, as of the moment, its capability and applications are still limited to particular applications. But the good news is it can progress over time.

Our expert team in PCBTok primarily aims to assist our potential customers with a comprehensive understanding of Sound Sensors. Hence, we hope this well-researched blog has contributed to one’s decision-making process.

PCBTok has been recognized worldwide for providing exemplary services and products to our consumers. Apart from that, we have extensive knowledge in the field, experienced personnel, and sophisticated technologies to work all of our customer’s desired specifications flawlessly.

At PCBTok, we cherish all of our consumers’ values and opinions; with us, your requirements will be achieved following the standard guidelines.

Contact us today and enjoy your Sound Sensor Module with PCBTok!