Strain gauge load cells are durable, accurate, and relatively cheap. They can also be used in a variety of situations, from measuring weight to measuring pressure.

However, if you’re new to this type of equipment and you’re trying to get your hands on a strain gauge load cell for the first time, it can be confusing. There are many different types of strain gauges and load cells out there, each with its own set of benefits and drawbacks.

To help make things simpler for you, we’ve created this guide to know about strain gauge load cells—from how they work and what their advantages are over other types of load cells, all the way down to what kind of materials they’re made out of. 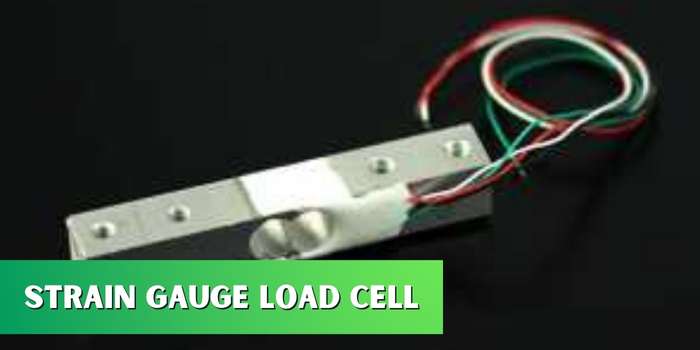 What is Strain Gauge Load Cell?

These are force sensors that measure the force applied to them. They are composed of two components: a strain gauge and a load cell. The load cell really measures the force, whereas the strain gauge detects variations in length that indicate how much force is being applied.

It determines the amount of pressure applied to the strain gauge sensor’s surface using a simple approach. The pressure on the sensor causes it to stretch or compress. This change in length results in electrical resistance which is measured by an electronic system within the load cell.

What is a Strain Gauge Load Cell Used For?

They are often used in industrial settings, like manufacturing plants and warehouses, where they can help companies track the weight of large objects and ensure that they are being handled properly. Strain gauge load cells can also be used in other applications, such as for weighing products at grocery stores or determining how much force is needed for certain tasks.

They are typically made from piezoelectric ceramics and use a bridge circuit or strain-gage transducer.

How Does a Compression Load Cell Work?

It works by measuring changes in electric current as the load changes and then converting this information into digital data that can be read and interpreted by a computer or other device.

The compression load cell itself consists of two pieces: one end attaches to the object being weighed, while the other has a fixed weight attached via a spring-like mechanism. When an object is placed on the end of the compression load cell with no weight, it will not exert any force on the spring. However, if you add more weight to it, there will be more force exerted on the spring—and this is what causes an increase in electrical resistance over time until equilibrium is reached again.

Compression load cells are often used in conjunction with other types of scales as well as other measurement devices such as pressure sensors for applications such as industrial weighing machines for monitoring progress during construction projects where large pieces of equipment must be moved around frequently before being installed permanently in place so that they do not suffer damage due to mishandling during transport due to improper use of heavy machinery like skid steer loaders.

There are several types of load cells that are used to determine the weight of an object. Here are some of the most common: 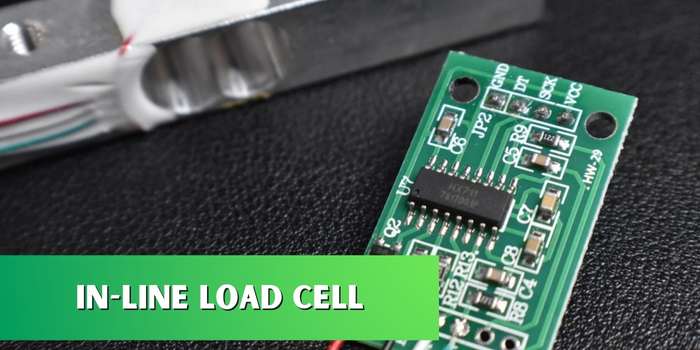 When you’re using an in-line load cell for these purposes, it’s important that you ensure it’s properly mounted to the line so that it doesn’t move around or get damaged during the manufacturing operation.

It’s made up of a circular plate that is pushed down onto a spring-loaded piston. The pressure from the plate causes the piston to compress, reducing its height and causing an increase in accuracy.

It is a pressure-sensitive switch that is used in industrial applications and manufacturing processes. It is a simple, inexpensive device that can be used to measure the force of gravity or other forces acting on an object. Also used to determine how much weight has been applied to an object.

Designed for use with sensors that are connected to a computer and can record measurements over time. The data can then be analyzed to determine trends and patterns in pressure changes over time, which may help determine whether any changes have occurred during production processes. This information can be compared with other data points gathered from similar tests conducted at different times or by different operators. 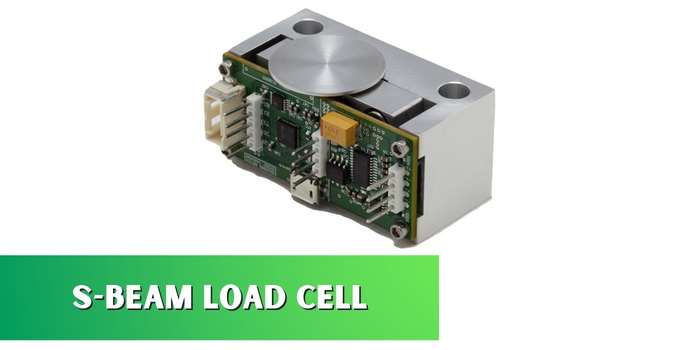 Used in industrial weighing applications. They are also known as beam strain gauges, and they are made up of a sensing element that is attached to a metallic beam. The sensing element is usually made of a strip or rod of silicon or other semiconductor material. This strip or rod is placed under tension by the weight it is supporting, which causes it to expand slightly. The amount of expansion can be measured to determine how much weight is being supported by the load cell. 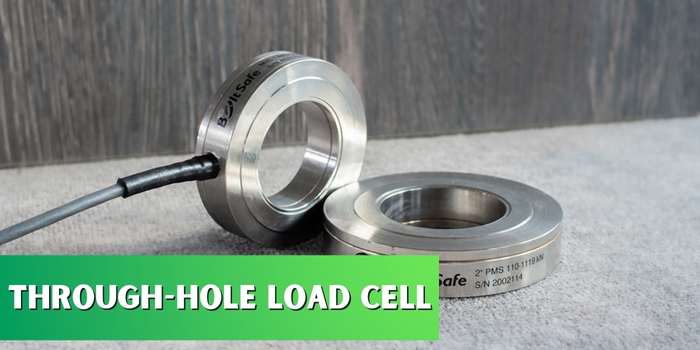 This kind of load cell has a hole that goes all the way through the plate and is used to secure it to a mounting plate or fixture.

Commonly used in the automotive industry, as well as in manufacturing plants. They are also used in the agricultural and retail industries. Through-hole load cells use a permanent magnet to create the force that moves an internal mechanism. The weight of the object being weighed is transferred to this internal mechanism, which then transfers that weight through a shaft and into a scale. This type of load cell can be used in applications where there is limited space, such as on machinery or machines. 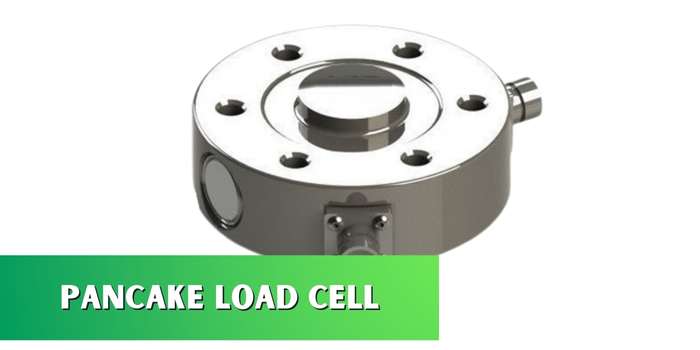 Made up of two metal plates that are compressed together. The resistance between the two plates is measured to determine the load on the cell. They are able to withstand high pressures, making them ideal for use in industrial environments where there may be a lot of vibration and pressure changes.

The pancake load cell has a very low profile, so it can fit into tight spaces if necessary. They are also very easy to install, which makes them ideal for applications where they may need to be moved around frequently or replaced often. Because they have such a low profile, they also have a high accuracy rate when compared with other types of load cells. 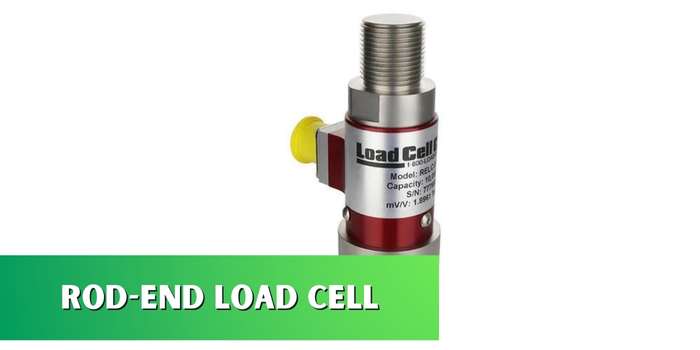 It features a rod connected to a measuring device, which moves as the weight changes. The rod is connected to a shaft that has a spring on it. When the weight increases, this spring will compress, and when the weight decreases, it will expand. This movement is transferred to a lever system that moves back and forth with each change in weight. The movement of this lever system is then transferred to a pointer or an indicator that shows how much weight has been applied to it.

These load cells are typically used in manufacturing because they can withstand frequent use and can be installed easily into existing systems without requiring any modifications to them. They are also very accurate when compared with other types of load cells like strain gauges and electronic scales which often require calibration before use

There are a few different types of strain gauges, each with its own characteristics. 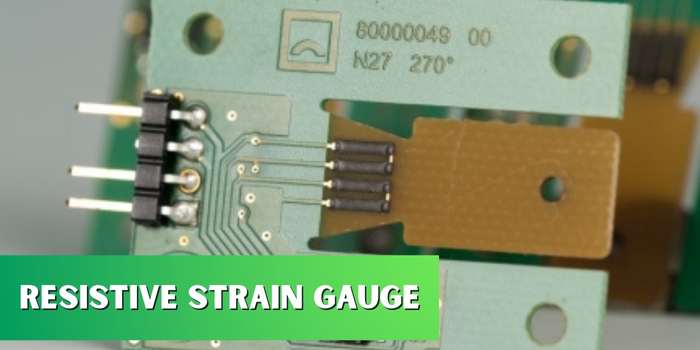 Work on the principle that resistivity is proportional to strain. As the material is stretched, it becomes thinner and offers less resistance to an electrical current passing through it. This makes it easier for a voltage signal to pass through the material, which an instrumentation amplifier or transducer can measure.

Resistive strain gauges have three main components: the thin film sensor element that is wrapped around the object being measured, a substrate that holds the thin film sensor element in place and provides mechanical support for it, and an electronics assembly that includes an amplifier circuit with a feedback resistor that provides signal amplification and conditioning before sending data to a computer or other data acquisition system via wired or wireless connection options like Bluetooth technology. 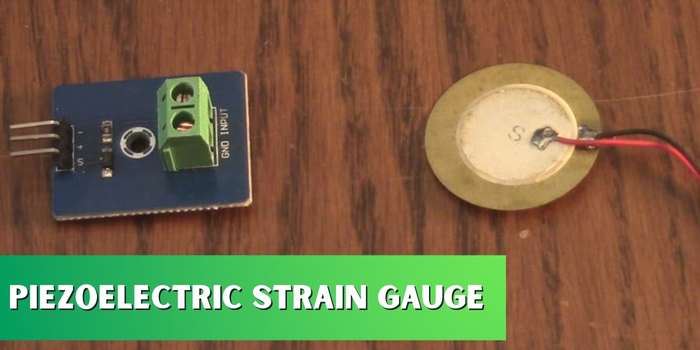 They consist of a thin, flexible material that is coated with a thin film of piezoelectric material, which creates a voltage when it is deformed.

Piezoelectric strain gauges are used to measure bending and torsion, which is important for determining the quality of your PCBs. These gauges have many advantages over other types of gauges, including lower cost and better performance in high temperatures and humid environments. 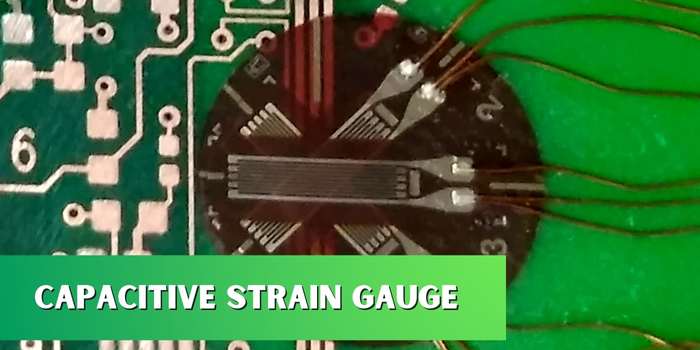 It measures the change in capacitance that occurs when a material is subjected to a force or stress. The capacitance changes because the two plates of the capacitor are separated by an insulator and are pulled closer together by a mechanical force. This increases their electrical conductivity, allowing more current to pass through them.

It is used in a wide range of applications and is available in many sizes and configurations. The sensor consists of a metal foil bonded to a flexible dielectric substrate, which can be made from many different materials. The foil is connected to one side of a capacitor, while the other side is connected to a printed circuit board. The sandwiching effect between the metal foil and the dielectric substrate results in an electrical change when there is physical deformation of the substrate. 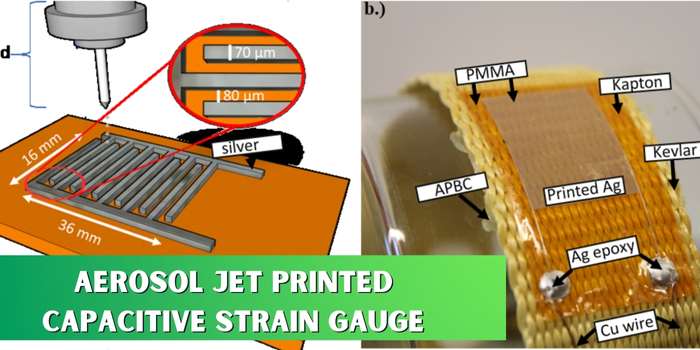 This particular strain gauge is a thin-film resistive device that is applied to the surface of a printed circuit board using an aerosol jet printing process.

The resistive film is deposited onto the PCB by means of an aerosol jet printer with a fine nozzle, which sprays droplets of resistive material onto the PCB surface. The droplets form conductive pathways on the surface of the PCB as they dry after being sprayed onto it.

To summarize, since these gauges sense the force being applied in different directions, they are often used in conjunction with an accelerometer to gather a complete data set. The relative simplicity of this device makes it a useful tool for measuring human exertion or stress on an object.