You’ve seen the tilt sensor used in all kinds of devices, but what is it really? In this ultimate guide, I will explain everything there is to know about the tilt sensor. When to use it, how it works, how to integrate it into your design, and more!

This guide will give you a rundown of the basics. It will also tell you everything you need to know about the different kinds of tilt sensors. These tilt sensors range from simple resistive types to complex tilt sensor devices. 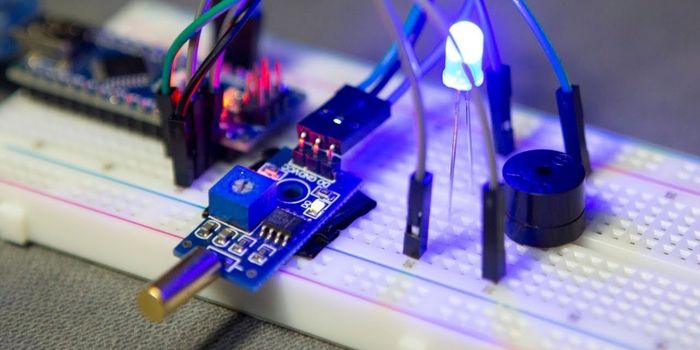 What is a Tilt Sensor?

It is a type of motion sensor that detects whether an object is tilted or not. Used to detect the angle of a surface. It can also be used in applications such as robotics, self-balancing vehicles, video games, and more.

Tilt sensors are typically used in robotics applications where they’re used to measure the angle at which a robot arm is positioned. They can also be used in other applications where accurate measurement is needed. For example, when measuring the slope of a hillside or determining if an object is upright or not.

How Do Tilt Sensors Work?

Tilt sensors work by detecting the angle of a surface. They can be used to tell if something is tilted, and they can also be used to tell how much it is tilted. To do this, they use a spring or a weight that moves when a surface is tilted.

When you tilt the sensor, the spring or weight moves away from where it should be. The movement of this object causes an electrical current to flow through it and generate an output signal which is then sent to your circuit board or computer.

Tilt sensors use one or more accelerometers to measure how much an object is tilting. An accelerometer uses the force of gravity to measure acceleration, so as an object tilts, it generates different signals depending on its orientation.

The sensor will also have a signal conditioning circuit that takes the signal from the accelerometer and filters it to remove noise from other sources. It then sends this data to a microcontroller for processing and storage. 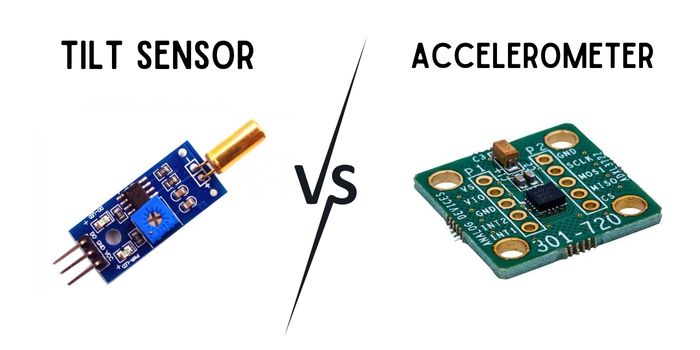 Difference Between Tilt Sensor and Accelerometer

Usually used for motion detection, like when you’re playing a game on your phone or tablet and want to know if it’s been turned upside down. They can also be used to detect if something is in front of or behind the device, so you don’t accidentally bump into it when you reach for it. For instance, if you’re holding an iPad and want to use it as a karaoke machine by placing it on a stand or table, you could use a tilt sensor to tell if someone bumped into it without needing to look at it directly.

Has many more uses than just detecting movement and orientation; they can be used to detect speed and direction, too! They’re commonly used in smartphones to track how fast you’re moving (and thus how many calories you’ve burned). This information can be useful for fitness apps because they let users know how many calories they’ve burned during workouts.

In the world of tilt sensors, there are many types of sensors. Each type has its own unique properties and applications. Here is a list of the most common types of tilt sensors: 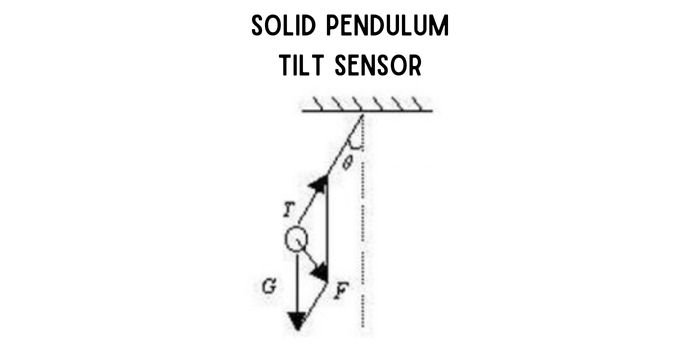 This type of tilt sensor uses a solid pendulum. It is a small, lightweight device that consists of a disc or weight attached to a spring. The spring is housed in a sheath, which allows the weight to move freely up and down.

The core of this sensor consists of a heavy mass, which is suspended by a wire. The pendulum is attached to an electronic circuit board, which contains sensors and signal-processing circuitry. These sensors have high sensitivity, but they are not very accurate. 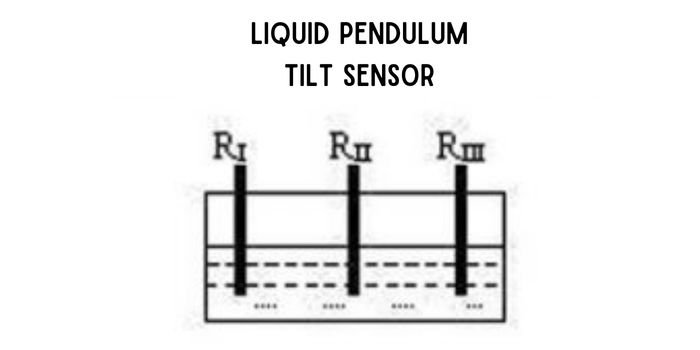 The liquid pendulum tilt sensor measures this angle using two small magnets. The first magnet is attached to a pivot and hangs from a string or wire. The second magnet is attached to a fixed point in space and hangs from another string or wire. When there is no force acting on the sensor, both magnets hang straight down from their respective strings. However, if you tilt the sensor and apply an upward force (such as by pushing down on its top), then one of the magnets will rise higher than the other one due to its greater weight or mass (an object’s weight divided by its mass). 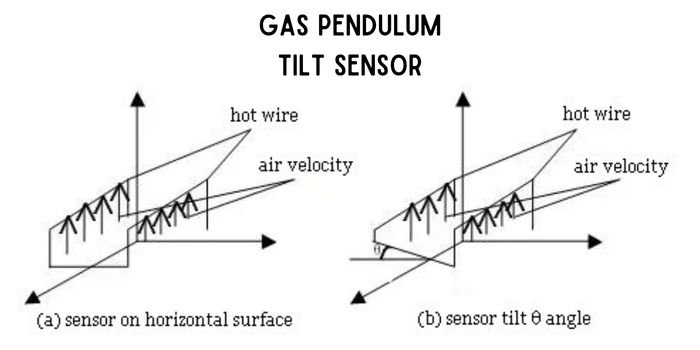 A type of tilt sensor that uses the principle of buoyancy to measure the angle at which the sensor is tilted.

The gas pendulum tilt sensor consists of a chamber with a movable piston inside it. The chamber is filled with helium or another lighter-than-air gas, such as nitrogen. The piston has a weight attached to it that’s larger than the weight of the gas inside the chamber. As the angle changes, so do the amount of buoyant force acting on the piston and weight. This causes them to move up or down in relation to each other.

When an object rotates around its axis and moves into an inclined position, it experiences an upward force that acts opposite to its direction of motion and an opposing downward force that acts on its center of gravity. This upward and downward force balance out when an object is in equilibrium, so it stays in place at rest. However, when something moves from one inclination to another, there will be an unbalanced force acting on it. This causes it fall over until it reaches equilibrium again at some new angle of inclination where all forces are balanced again.

There is a wide variety of tilt sensors available. The type of application, the amount of force needed to tilt the sensor and the signal range are some of the major factors to be considered when choosing a tilt sensor.

The following key specifications should be considered when choosing a tilt sensor: 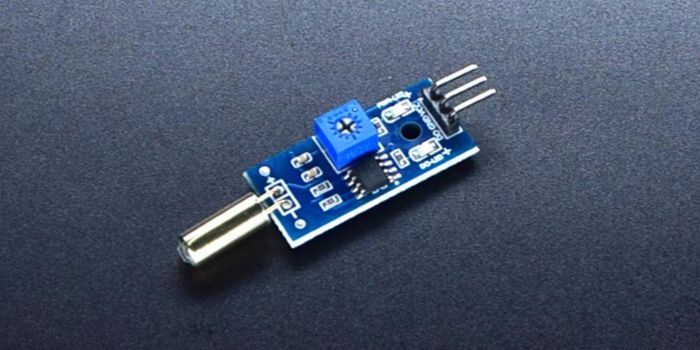 When choosing your tilt sensors, this is the first important thing to consider. It’s the maximum value that a sensor can measure. You’ll want to keep this in mind when you’re planning out your system and determining what kind of tilt sensors you need for various purposes.

The switching range of a tilt sensor refers to the maximum angle at which it can detect a change in tilt.

The higher the switching range, the greater the distance between two points that will trigger a change in tilt. If you need your sensor to be able to sense very small changes in tilt, then you may want to consider choosing a sensor with a high switching range.

The switching accuracy of your sensor determines how well it can detect the angle of the device. Therefore how well it can provide information about whether or not something is tilted.

A high switching accuracy is important for applications where you want to know exactly how much the device has been tilted and in which direction it has been tilted. For example, if you are using a tilt sensor to detect if someone is using their phone while driving, then you need a high level of accuracy. You can tell if they are holding their phone at an angle or just have it sitting on a flat surface in their lap. 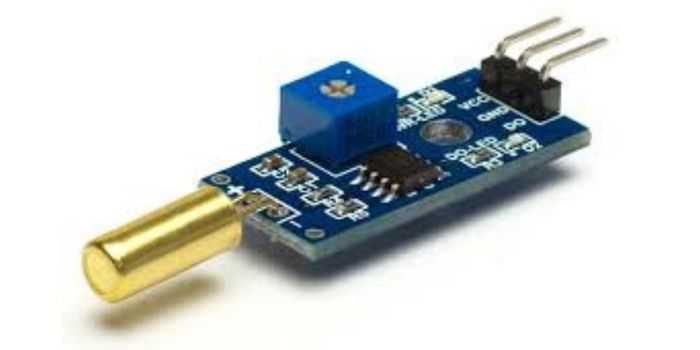 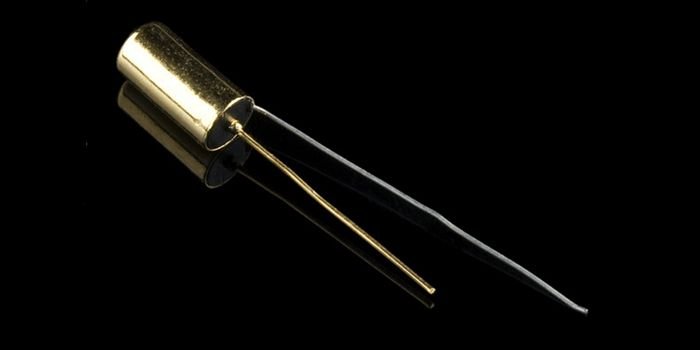 The first thing to consider when choosing a tilt sensor is the number of axes it’s capable of detecting. The more axes it can detect, the greater your flexibility in placing it around the objects you’re monitoring.

The number of axes available on a tilt sensor is important because it determines how many axes you can measure. For example, if you have a two-axis tilt sensor, you can only measure movement in two directions. If you want to measure rotation around an axis, then you need a three-axis tilt sensor. 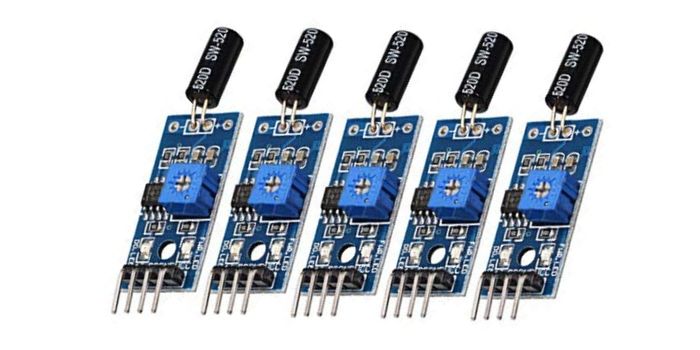 When choosing a tilt sensor, the cost is a key consideration. Tilt sensors vary in price depending on their features and how many you need. You should also consider whether or not you need to buy the tilt sensor in bulk or if you can afford to have just one or two on hand at all times.

The material of your tilt sensors is an important consideration. The material will affect the durability and reliability of the sensors. It’s important to make sure you’re getting a high-quality product that will last for a long time. Some materials are more common than others, but that doesn’t mean they’re better.

How to Test a Tilt Sensor

First, put your multimeter into continuity-test mode. Then touch the probes to the two leads on the tilt sensor. If there’s a connection, the multimeter should beep. If it doesn’t beep, then there’s no connection between the leads and you should check that your connections are sound.

We’ve explored a range of different tilt sensors, their uses and types in various projects, and the pros and cons of each one. We hope this guide has been useful. We also mentioned a number of factors to consider when choosing the best tilt sensor for your application. When you know those, tilt sensors are an incredibly flexible tool that would be wise to consider for any given application.