Via Filling is an important process in the manufacturing of printed circuit boards. A PCB is created by the production of electronic insulation and interconnection. The holes for electronic components connect the different layers of the board. Via Filling is a process carried out to fill these holes with copper. It has to have conductive paths from one layer to another. 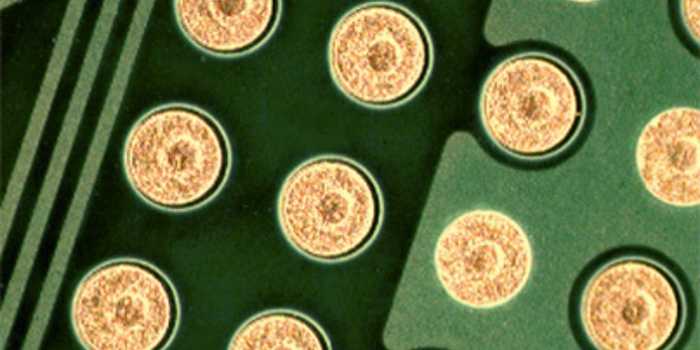 Via Filling is the process of covering a via hole with a conductive layer. This protects the via hole and its interconnecting wires from oxidation, moisture, and EMI. For this reason, blind vias are filled with the same material used in the rest of the IC. These are most often copper or gold over copper.

Furthermore, it is also crucial for good circuit performance to cover a via. It is important before any post-processing or metallization such as plating or gluing occurs on top of it. Fill material generally needs to be deposited at least up to a level where the interconnect wire touches or follows the surface of the substrate. 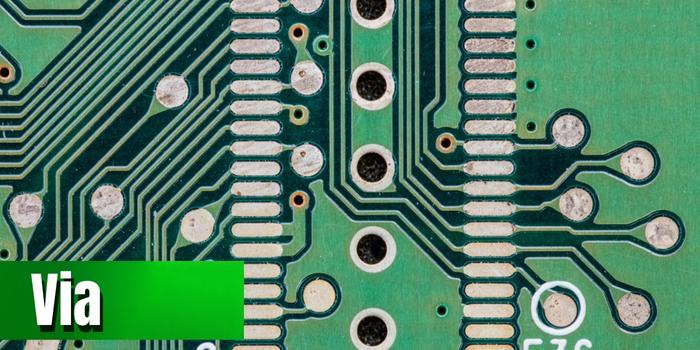 What is a Via?

Via holes are often found in multi-layer printed circuit boards. They allow electrical connections to be made between different layers of the board. They are also used to connect one side of a PCB with another side through holes drilled into both sides. Vias can also be used for other purposes. For example, grounding layers together or even mounting components within the PCB itself. 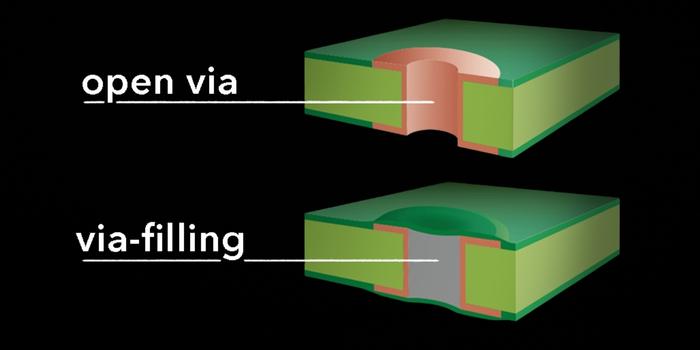 What is Via Filling?

In electronics, via filling is a process by which holes are filled with a conductive material. Often in order to create a connection between two parts of a circuit board.

Via filling is used in PCBs, which are engineered boards that contain components and wires for electrical connections. A PCB can be made of different materials including copper, fiberglass, and other metals.

In order to make sure that the wires on a PCB connect successfully with all the components they need to connect with. There are often holes drilled into the board at strategic locations. These holes are called vias. Vias allow connections between layers on the board so that electrical current can flow through it from one side to another. The process of filling these vias with solder or another conductive material. This creates an uninterrupted path for electricity from one side of the board to another.

What is the Purpose of Via Filling?

The purpose of Via Filling in electronics is to fill the gap between two conductive layers of a PCB. Via Filling can be done using a variety of materials, including solder, resin, and epoxy. The primary goal of via filling is to ensure that there are no holes between the layers.

Here’s a list on how Via Filling affects your PCB: 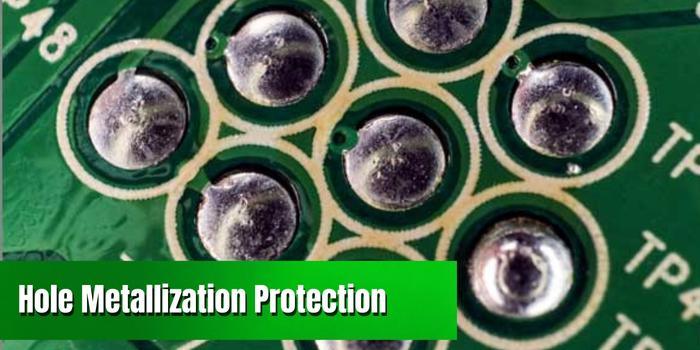 A method of protecting the metal layer at the bottom of a via hole. This layer is vulnerable to corrosion. It must be protected from moisture, dirt, and other contaminants. The barrier layer that lies between it and the copper foil protects it. The main purpose of hole metallization protection is to extend the lifetime of passive components. Components that are found in printed circuit boards such as capacitors, resistors, and diodes. 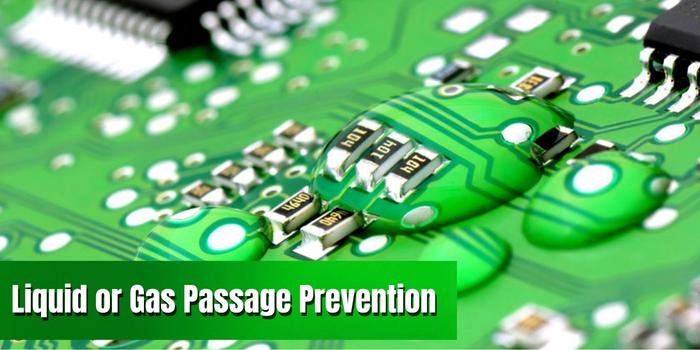 The process of Via Filling involves applying a layer of solder paste between the vias and then reflowing it with heat. This creates a barrier that prevents liquid or gas from getting through. Making the printed circuit board waterproof and corrosion-proof. 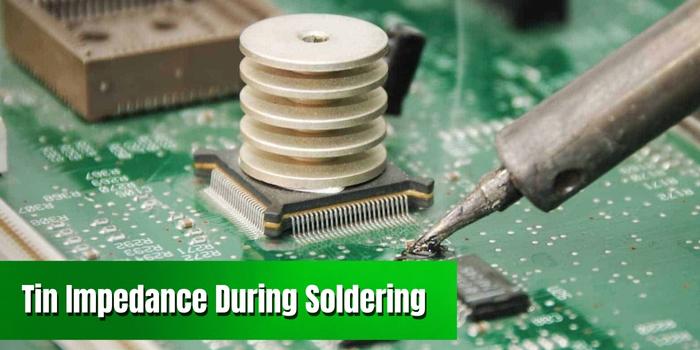 One of the most important properties of tin is its ability to flow during soldering. The solderability of a coating is greatly affected by the quality of the underlying surface, and it is therefore important that the surface finish be compatible with the solder. Tin-coated surfaces are difficult to solder because they have a high impedance and low conductivity.

The purpose of via filling is to prevent parasitic capacitance. This occurs when there is an air gap between two conductors. Parasitic capacitance can cause noise on the signal path and can interfere with the operation of radio frequency circuits. Vias are also used as a heat sink for components that dissipate a lot of heat, such as power transistors.

The purpose of via filling is to prevent resin overflow. Resin overflow occurs when the resin in the holes of your printed circuit board begins to leak out. It causes a messy look and poor connections. When you fill the holes with resin, you’re ensuring that the resin stays in its proper place. Make sure it doesn’t spill out onto your board. 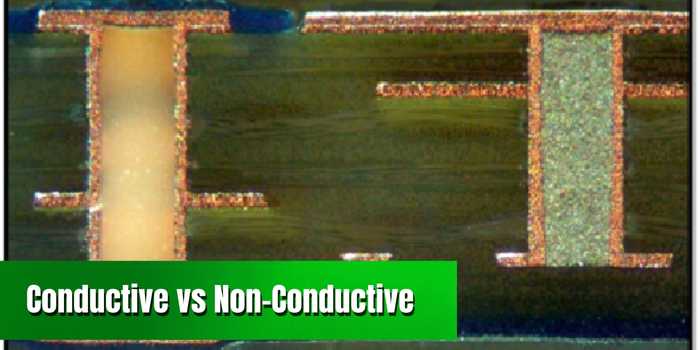 2 Types of Via Fill

Learning how to use the various types of vias included in your printed circuit board could save you a lot of money. So let’s go over everything there is to know about those vias. Hopefully, this list of Via Fill gives you a better idea as to which via fill options are best suited for your project.

Conductive epoxy vias are used in PCB manufacturing to provide pathways for the electrical current to flow from one part of the circuit board to another. The conductive epoxy fills the holes left by drilling through the board during its manufacture.

Non-conductive epoxy is used in filling the via. It is a good choice when the board’s design has no metal within the hole, it is only being used as a strain relief device. If there is no need for any electrical connection to pass through the hole. Non-conductive epoxy can also be used in conjunction with a metal barrier layer. It is to protect against corrosion and other environmental factors.

Different Types of Via Fill as Per IPC-4761

The IPC-4761 standard is a valuable resource for engineers working in the electronics industry. The standard defines the various types of via that can be used in printed circuit boards, and it offers guidelines on how to optimize each type of via. 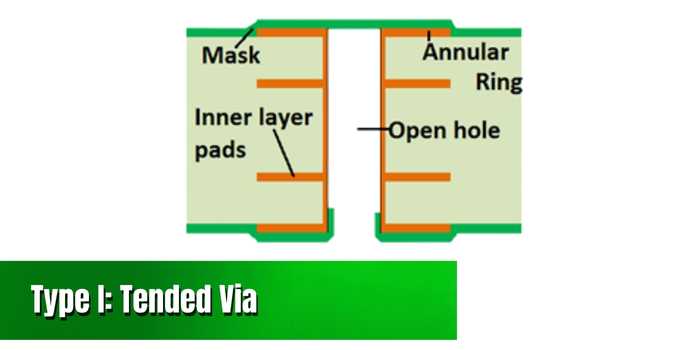 Type I: Tended Via

This is the most common type of via, and it’s what you’ll see in most PCB designs. The via is filled with solder before the soldermask is applied, and then the soldermask covers it up. This type of via is also typically used for power vias because they need to be encapsulated in order to protect them from heat. 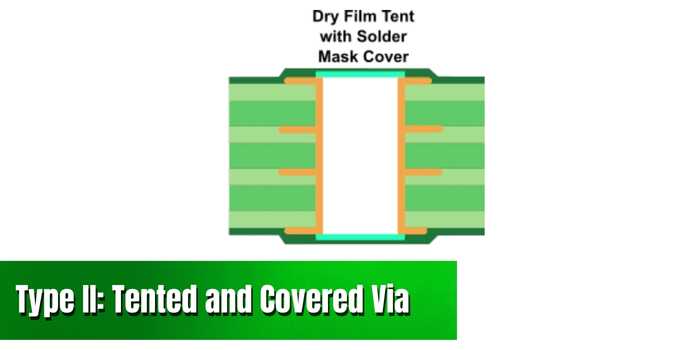 Tented and Covered Via

Type II: Tented and Covered Via

This type of via is used when the substrate is a high-temperature material and the via must be protected from oxidation damage. The hole is tented, then covered with a dry film solder stop, which is then covered over with an additional layer of solder stop to prevent oxidation. 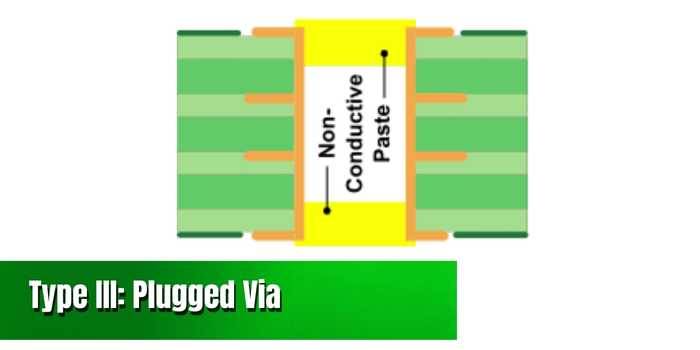 The process involves the application of a conductive material to the surface of a board where the conductive material is then used as a conductor. The most common type of plugged vias is a blind via, which is when no electrical connection is made through the hole in the board. Blind vias are often used to prevent signal interference from other signals on a circuit board. 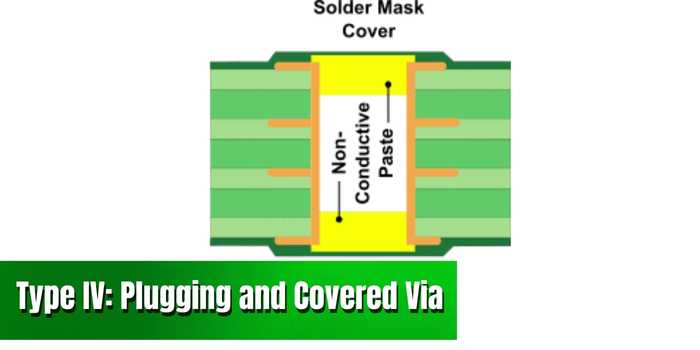 Plugging and Covered Via

Type IV: Plugging and Covered Via

This type of via is similar to the standard via, but it has a metal cap over the opening. It’s used in situations where you don’t want to have to worry about corrosion or other environmental factors causing problems with your board. The metal cap can also help with heat dissipation if you’re using it on a component that generates a lot of heat. 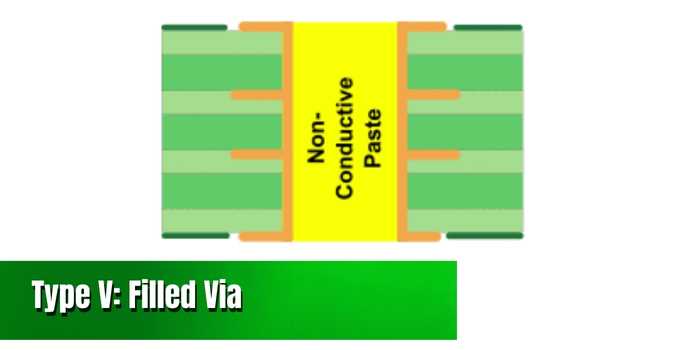 This is a via that has been filled with an electrically conductive material, and it can be used to replace the wire bonding process. They are also used in situations where through-holes are not possible, such as close to a microelectronic chip.

A filled via is a circular opening in a multilayer printed circuit board that is filled with an electrically conductive paste and then sealed with a non-conductive potting compound. A filled via can be used in place of plated-through holes (PTHs) when the size of the hole required is greater than the board thickness. The most common application for filled vias is to provide a path for wire bonding or component lead-in or lead-out through an insulating layer. 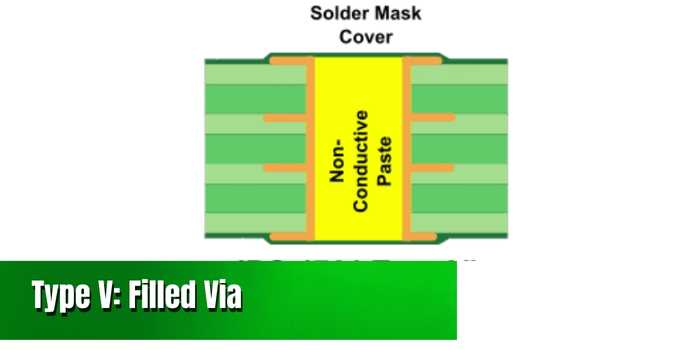 Filled & Covered Vias are used in conjunction with Type II through Type V via types. They are used to fill the voids of a via or cavity that is larger than the diameter of the via. 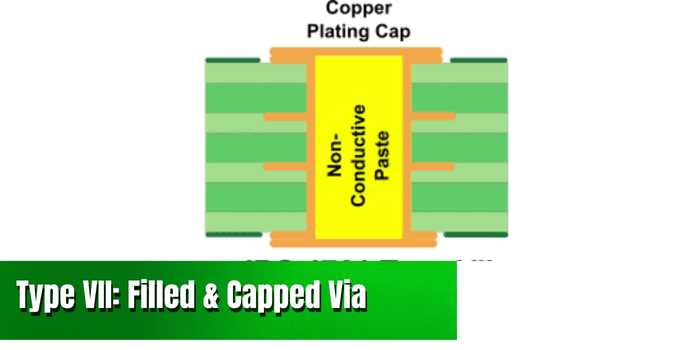 This type of via is used when the circuit board has a large volume of holes, which can cause it to become heavier and make it difficult to work with. A type VII via is filled with copper and then capped with epoxy or another material. This ensures that the circuit board will not be damaged during transportation or use. It also makes it easier for workers to handle the board without having to worry about damaging it.

What is the Difference Between Via Plugging and Via Filling?

Via Plugging and Via Filling are two different techniques used to close via holes. When you plug a via, you completely fill it with resin or solder mask, which makes it look like the rest of the board. Filling a via means that you pour resin into the hole until it fills it; you can use this technique for any size via hole—from large to small.

Via filling is more expensive and time-consuming than via plugging because there are more steps involved in filling a via hole. First, you need to clean all of the leftover metal from inside the hole, then apply an adhesive to seal off all sides of the hole, then fill it with resin or solder mask. On top of that, if you’re using resin, you’ll have to cure it for several hours before use!

Why Consider PCBTok as your PCB Via Filling Manufacturer?

Whether you’re a small business or a giant corporation, PCBTok can help you.

We specialize in all kinds of PCB via filling. Whether you need to fill a single hole or thousands of holes, we have the skills and knowledge to get the job done correctly.

We have years of experience filling holes in PCB boards. From simple holes to complex vias, we’ve got you covered.

If you’re looking for an experienced PCB via filling manufacturer, look no further than PCBTok! PCBTok can provide your PCB projects with the best quality via-filling services at the most competitive prices!

Hopefully, you’ve found this piece to be a useful introduction to Via Filling. Giving yourself plenty of time to learn this process will result in a high-quality board with no unwanted Via Holes. There’s a lot of value in understanding what Via Filling is and how it works. So if you’re looking for one more weapon in your arsenal when it comes to creating great PCBs, having your Via Filling here at PCBTok could be just what you need.