We are all aware of the critical significance soldering plays in creating a functioning and well-performing Printed Circuit Board (PCB). In order to thoroughly and efficiently link the circuit system, it necessitates the conduction of soldering; without it, PCBs wouldn’t exist in the industry.

But there are many different ways to accomplish soldering; as a result, we have the Wave Soldering Process. Apart from this method, there exist Reflow Soldering, Selective Soldering, and others. All of these have their illustrative purposes and usage.

Hence, it is crucial to determine the purpose of the application before selecting the soldering technique it will experience, as it can create problems if implemented in the ill-suited soldering process. Moreover, they can be difficult to distinguish; however, this article will provide a straightforward but understandable distinction between these soldering approaches.

What is Wave Soldering Process?

The Wave Soldering Process applies solder across a wave, as its name suggests, to complete the soldering cycle. In that way, it can easily solder the entirety of the circuit board within a matter of minutes without missing a single joint while producing a mechanically and electrically reliable output.

This approach is instrumental in High Volume PCB Assembly due to its efficient production time compared to manual soldering. Furthermore, it offers exceptionally reliable and stable output, making them ideal for such productions. Along with that, it is possible for this approach to be utilized in Through-Hole Mounting and Surface Mount Technology.

If one has difficulty selecting between Wave Soldering and Reflow Soldering, then this is the right section. Generally, there are various aspects to consider before choosing the soldering approach, including its pad shapes, time, component placements, PCB Type, purpose, and other aspects. Wave soldering, on the contrary, is thought to be trickier to execute than Reflow Soldering. On the other hand, the common issues in soldering are constantly present regardless of the approach. Hence, it necessitates thorough monitoring.

Appropriately selecting the environmental temperature is also recommended to prevent the board from acquiring defects during the soldering phase. Maintaining a constant temperature is not a huge concern during the soldering process. Even though this is the situation, it is understood that Reflow Soldering is significantly more complicated and costly than Wave Soldering. . Thus, it is recognized that Reflow Soldering is way appropriate for Low Volume PCB Assembly wherein it doesn’t necessitate swift and cheap production.

However, it is conceivable to combine these two techniques into a single manufacturing; one portion of the board would use Wave Soldering while the other would use Reflow Soldering. Additionally, there are two ways to solder, either manually or automatically. Yet, conducting a sophisticated or mechanical approach is recommended to save time. On the contrary, manual soldering can be a great alternative to Reflow Soldering, but it wouldn’t perform the same way.

Since Wave Soldering uses an in-line technique, the process is relatively simple to carry out. In essence, the board is firstly applied with a flux, then it is pre-heated, and finally, it will be submerged in a liquid solder. After that, dry the board by setting it in a cool environment. All of these processes are performed by machinery. However, to entirely understand the working principle of the machinery, we have the underneath steps conducted by the Wave Soldering Machine. 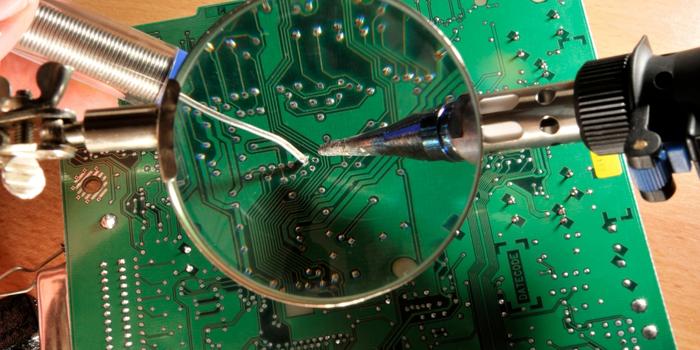 To begin, the solder is required to be subjected to liquefication. In essence, the wave soldering machine uses solder that is stored in a reservoir. In order to soften the solder, the container is warmed. Additionally, the needed constitution must be fulfilled at the ideal state in order to proceed with the soldering process.

This step requires exceptional detail and careful consideration since all of the components that must be soldered should be adequately cleaned to remove unwanted residues during the linkage. Further, the formation of oxide layers must be eradicated through the help of fluxing in this stage; it can be conducted through a corrosive and non-corrosive approach.

After all of the mentioned steps, it is the right time to place the circuit board through the dissolved solder. This duty is carried out by the machine’s metal fastenings, which provide secure alignment and precise PCB Placement.

It is time to introduce molten solder when the PCB has been successfully installed, at which point it is ready for stabilization. In this case, appropriate settling time is essential to rectify the joints properly. Further, this will guarantee that the formation of bumps would be impossible.

In order to seal the process, it is crucial to get rid of all the waste flux particles that were created. Hence, it is crucial to conduct proper washing and to clean with the help of deionized water with solvents.

Since we fully comprehend the Wave Soldering Process, we shall elaborate on the Selective Soldering idea.

Simply put, Selective Soldering is a sub-category of Wave Soldering, but it serves a more focused function, namely Through-Hole Assembled PCBs. Due to this, it has gained tremendous popularity since it allows compact products. Furthermore, it has exceptional reliability and can configure various parameters for every component involved in the board. But the essential part is that this approach doesn’t necessitate an expensive Wave Solder Aperture.

Despite the benefits, there are drawbacks to using Selective Soldering. One of the negative experiences one could get in performing this approach is the processing errors that are a result of the parameter host. Apart from that, the procedure itself requires extensive attention since it is run through a particular program.

All of these soldering methods are impressive in the broad scheme of things; however, we suggest Selective Soldering for a board that doesn’t pose complexity and applications that requires taking certain factors into account. Contrarily, Wave Soldering, Surface Mount Technology, and Through-Hole Component Assembly are excellent for large-scale processes.

Briefly stated, a gaseous protective sheath is used to conduct the Wave Soldering process. Further, nitrogen is plentiful and plays a significant role in preventing solder defects; thus, this arises.

The Wave Soldering method is handy when mass-producing anything. However, there are some significant disadvantages. Its running expenses are substantial, to start. Additionally, it uses a lot of flux. In the end, it necessitates a considerable amount of electricity and power. 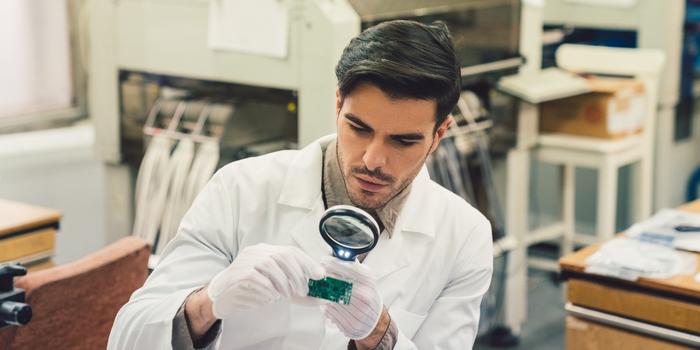 By now, we know that Wave Soldering is superior to Manual Soldering. Further, it has a minimal defect rate; however, there are essential aspects to consider, like the soldering content and positioning to prevent the formation of defects.

If neglected, we have the following defects it may encounter.

Lost Film appears whenever the curing temperature isn’t at the correct value, whether above or below the required amount. Also, it could be due to substandard adhesive.

One of the frequent issues faced by Large PCBs is PCB Deformation, commonly because of the unbalanced components resulting in the uneven surface arrangement.

Generally, the Dirty Board Surface occurs due to excessive flux or the pre-heating temperature falling above the required value.

If the soldering temperature is high than the average and required amount or if there exists oxidation in the pins or pads, Cold Solder appears. However, its causes aren’t only limited to these; it could also be because of the conveyor belt’s mechanical vibration that hinders the solder joints from settling.

Although there are various reasons why Flux Residues appear, the common one would be due to incorrect peak PCB shopping.

Solder Balls could develop if the substrate composition is subpar. It may also happen if the PCB absorbs moisture or the surrounding air is too damp while being stored.

Once we employ components that need a remarkable solder quality or temperature, Tombstones emerge.

If the solder particles pouring into the perforations are of poor quality or if the solder stickiness is inadequate due to intense PCB preheating, this fault may arise.

Solder that wasn’t distributed well on a sheet develops this imperfection. One wouldn’t receive a high-quality bond when this occurs. Also, it has an immediate impact on the solder joint’s dependability.

In conclusion, the Wave Soldering Process has a tremendous number of benefits when used, but it also has a vast multitude of disadvantages. Furthermore, this article clarifies that Wave Soldering is far different from Reflow Soldering and Selective Soldering. Hence, we hope that the confusion about these approaches has been cleared and answered.

According to the feedback of our previous consumers, PCBTok has a remarkable performance in applying solder masks to PCBs; hence, if you intend on availing of our service, we suggest reaching out directly through our socials. We are constantly available to attend to all of your needs, and we will strive hard to attain your desired objectives and outcomes without neglecting the quality of our work. We value your satisfaction over anything else.

What are you hesitating for? Send us your preferences right away by getting in touch with us.