Wave soldering is much faster than reflow soldering. Laminar waves of solder propagate from the edge of the board to the solder joint. This method is suitable for both conventional and surface mount PCB assembly. It is also considered to be a better option for producing higher-quality solder joints. However, both processes require a high level of temperature control and environmental maintenance.

The first thing to consider when deciding on a soldering process is your budget and time. While reflow soldering is the cheapest method, it is also the most complex. To avoid board defects, it is necessary to monitor the board’s temperature and time in the solder wave. 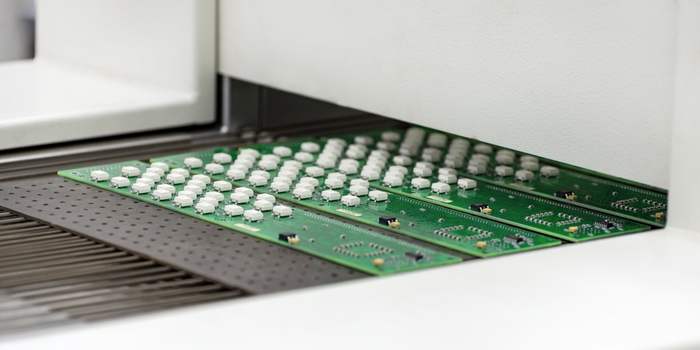 Before deciding on a soldering technique, other factors must be considered. For example, the thickness and amount of copper on the printed circuit board are important considerations. The quality of the solder paste is also an important consideration. The quality of the surface mount components is also important. In addition, the placement of the PCB on the board can have an impact on the soldering process.

Regardless of which soldering method you use, you should have a basic understanding of PCBs and PCBAs. This will greatly simplify the process.

What Is Wave Soldering?

When applying solder, ensure that the solder is properly aligned. This prevents the solder from touching the oxidized surface. In wave soldering, surface tension is critical. A small amount of additional solder can be used to create a bridge between the leads.

The PCB board is heated as the first step in the process. This causes the solder to melt. After the solder pad is melted, flux is applied to it. This is an excellent way to achieve a perfect solder joint. It also eliminates the risk of inhaling dangerous fumes.

Wave soldering machines heat the board in a different way. Compared to conventional methods, the wave soldering machine must be heated to at least 65 degrees Celsius. This preheating step is necessary to ensure that the electronic components are properly connected to the board. The solder paste will then be applied. The solder will form a wave or waterfall pattern as a result of the heat. Laminar waves are the most common wave pattern.

What Is Reflow Soldering?

Reflow soldering is a technique for forming permanent solder joints between electrical components. It works by applying solder paste to the component pads and then heating them under controlled conditions. The heat causes the solder paste to reflow and melt.

This method is time-consuming and is not recommended for mass production. It is critical that the solder joints are shiny and completely fill the solder pads. In most cases, reflow soldering is done using an infrared lamp. The heat from the lamp melts the surface solder.

Reflow soldering utilizes multiple sections to facilitate heat transfer and keep temperature differences to a minimum. The number of components and layers on the PCB also affects the ideal solder profile. Preheat, heat soak, reflow, and heat cure are the four stages of the reflow profile. The preheat stage is designed to generate heat on the board while reducing the risk of overheating. This thermal gradient is critical to preventing component damage.

What Are the Principles of Wave Soldering and Reflow Soldering?

To hold the components in place, wave soldering uses a molten alloy of Sn and Cu. It is done in a shielding gas environment, while reflow is done with air or nitrogen to minimize solder defects. The entire tin container was used in this soldering process. In both methods, the molten tin is subjected to extremely high temperatures. The end result is a complete, solid connection. 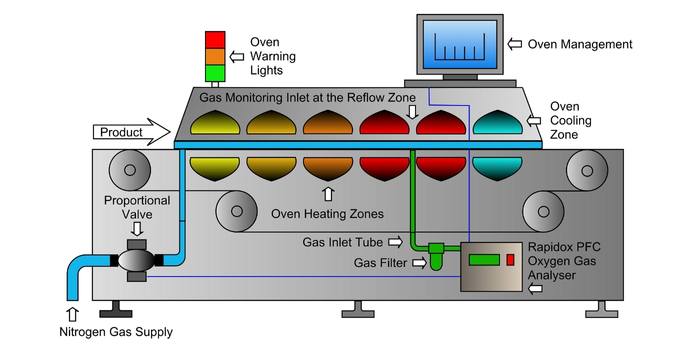 Wave soldering is cheaper than reflow soldering. It is usually performed in manufacturing facilities that must sell large quantities of parts. Both methods use similar techniques, some with different types of solder. The difference is in the heating and cooling methods.

How Many Times Can You Reflow a PCB?

Reflowing the board can work up to twice, but three or more times can make the board look strange. Remove all through-hole components before reflowing. Otherwise, the solder will hold them together. Place the board in a dry box for at least four hours.

The preheat stage precedes the reflow process. In this stage, the board assembly is heated to pre-reflow temperature. The goal of this stage is to remove the solvent from the paste. It is also important to note that the temperature of the PCB should rise linearly with no significant temperature change.

Reflow is a critical step in PCB assembly. It used to be a manual process, but now it is automated. Machines are faster and more accurate than humans, and they can handle smaller components. They also work without fatigue. Reflow soldering is an important part of a successful PCB assembly process, whether it’s for prototyping or high-volume production. 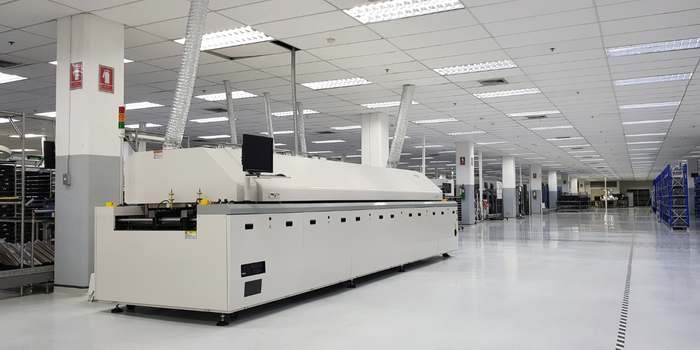 When reflowing PCBs, it is critical to keep the thickness of the board in mind. Thinner boards may be more prone to warpage during fabrication. The best way to distribute thermomechanical stress is to stack components symmetrically. In addition, the laminates should be similar in terms of resin content and glass weave pattern.

What is Wave Soldering Temperature?

Flux is another important factor. The right amount of flux can improve the appearance of the board. Make sure it is evenly distributed throughout the board. Flux density is also important. If the solder is not properly applied, a thick layer of flux can cause problems during the soldering process. 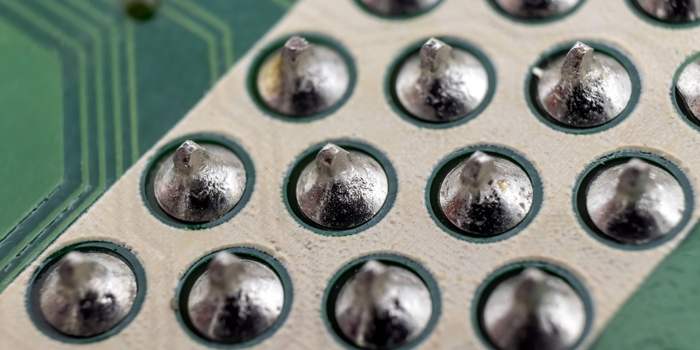 What Temperature Should I Reflow Solder?

The first step in ensuring a good soldering process is to choose the right reflow temperature. You should choose the best reflow profile for your PCB and the right machine for the job. Also, consider the design and placement of the PCB components. For example, you should choose printed PCBs with repositionable options and high-quality alignments. the final step after designing printed PCBs is to solder them. The best method is to use wave soldering.

Depending on the type of PCB and device package, a reflow profile should be used to ensure a proper fit. In the EC-reflow-pilot software, you can choose one of nine predefined solder profiles or use a template to create your own solder profile.

A reflow profile typically has four stages. Each stage is designed to transfer enough heat to the solder paste and form a solder joint. Reflow temperatures should not be too high or PCB damage or component breakage may result. The reflow temperature should be between 240 and 250 degrees Celsius.

What Are the Steps Involved in Wave Soldering?

In the wave soldering process, an elastic film separates the component from the solder. The film acts as a barrier between the solder and the oxygen in the air. As the assembly moves away from the wave, the elastic film stretches, causing the solder to break. Surface tension causes the remaining solder to get stuck on the leads. Some solder may remain in the assembly, resulting in bridging. 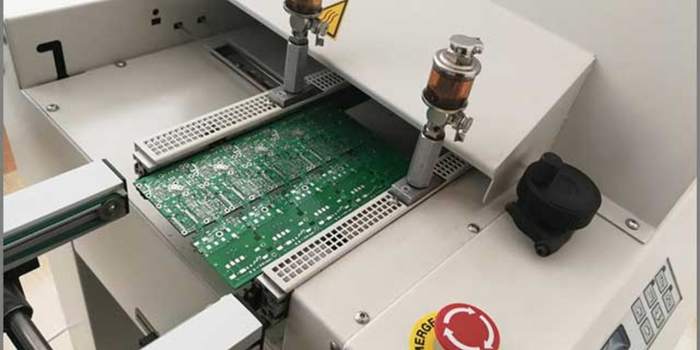 Wave soldering is also prone to pinhole and porosity defects. These problems are caused by the thickness of the copper plating. Moisture escapes through the thin copper plating, causing pinhole defects.

What Are the Advantages and Disadvantages of Wave Soldering?

Wave soldering is more efficient and has more consistent joints than traditional soldering methods. Wave soldering is less expensive and requires fewer skills than traditional methods. It also offers a high level of productivity, requires less maintenance time, and requires less labor. However, this welding method has limitations. Consider the advantages and disadvantages of using it in production.

First, wave soldering per board is cheaper than reflow soldering. Another advantage is that it can be used to solder components that cannot be reshaped, such as through-hole components. Many power components are still packaged this way, and wave soldering is the only way to accommodate them. It also works with powerful ECAD tools such as Cadence’s Allegro PCB Editor. This software helps with component placement and layout, as well as wave soldering shading. 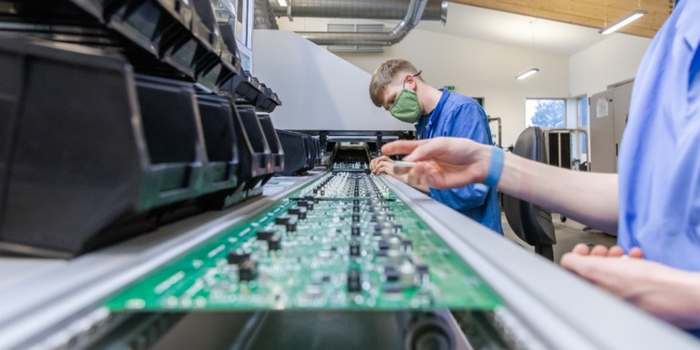 Another advantage of wave soldering is that it produces perfect solder joints. Solder dross is extremely low. The soldering process also reduces the noise level.