Although they are different in some aspects, they are both silicon planar medium power transistors. Furthermore, the ZTX653 and ZTX753 are Bipolar Junction Transistor (BJT), which means that it is composed of three (3) terminals that have the ability to amplify signals.

Similar to the importance of typical transistors, these two classes of BJT, ZTX653, and ZTX753, are crucial in regulating the current flowing in a circuitry. In that way, the power and current that passes throughout the entire system are limited to the device’s value, reducing the risk of errors and damages to the device itself while performing at its best.

As a result, we will share the essential aspects relating to the ZTX653 and ZTX753, including their definition, absolute maximum ratings, electrical characteristics, and dynamic characteristics, to fully comprehend their concept. Hence, we suggest reading until the end!

As stated, the ZTX653 is a category of a transistor, specifically under the Bipolar Junction with a polarity configuration of Negative-Positive-Negative (NPN). Further, its mounting type is Through a Hole with an E-Line package compatible with TO-92.

It was regarded that the ZTX653 features a 100 Volt operating power for its Collector-Emitter Voltage. Additionally, it possesses a 2 A current that flows continuously. Apart from that, it is known to possess low saturation voltage; this means that the relationship between the collector and the emitter is stable. Ultimately, its power dissipation value is at 1 W.

Overall, the characteristics of the ZTX653 don’t differ much from the ZTX753; however, through their capabilities, one can distinguish which is the highly suited transistor for their applications. If one still cannot decide between these two, we highly encourage our readers to send their questions to us; we’ll be delighted to assist. 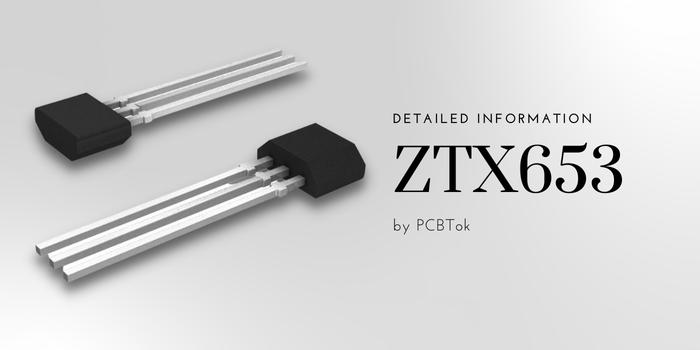 Understanding the Concept of ZTX653

As mentioned, the ZTX753 is a class of transistors similar to the ZTX573. Further, their classification is similar; they fall with the Bipolar Junction Transistor (BJT). However, its polarity differs from the ZTX653; instead of NPN, it is PNP (Positive-Negative-Positive).

In terms of the packaging and mounting, they are similar; E-Line is suitable for TO-92 and Through Hole, respectively. Additionally, they are regarded as RoHS and REACH compliant; thus, they are ecologically friendly. Further, its moisture sensitivity level is at 1. Also, its base voltage is at -120 V, with a value of -2 A for its continuous current.

Altogether, the ZTX753 has many more similarities than differences with the ZTX653; however, they have their own notable characteristics that might be crucial to some applications. Hence, we suggest carefully considering the application and device requirements before selecting a transistor between the ZTX653 and ZTX753. 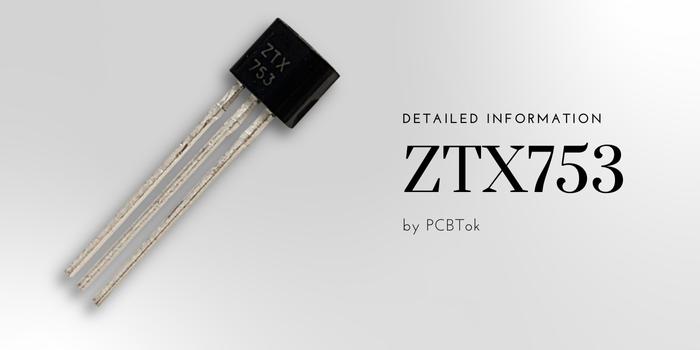 Understanding the Concept of ZTX753

In order to fully understand the capability difference between the ZTX653 and ZTX753, we will tackle the maximum ratings in each transistor. In that way, we can prevent the over usage of the component, thus, achieving a flawless performance when integrated. All of the values that will be mentioned below are based on TA = 25°C.

Electrical Characteristics of ZTX653 and ZTX753

In order to fully grasp the features of the ZTX653 and ZTX753 from each other, we would like to tackle the electrical characteristics of each of them. In that way, one can easily distinguish whether the other transistor is way more suitable for their applications than the other one. One thing to note, all of these values mentioned are based on TA = 25°C.

Dynamic Characteristics of ZTX653 and ZTX753

In order to complete the checklist, we’d like to discuss the dynamic characteristics of the ZTX653 and ZTX753. In that way, we can further reduce one’s choice by knowing the dynamic values one possesses. All of these values are based on the pulse width of ≤ 380 µs.

To wrap things up, the ZTX653 and the ZTX753 are both sub-categories of transistors, specifically Bipolar Junction transistors (BJT); however, they have different polarity, one having an NPN class, and the other having a PNP class.

If you’re confused about the difference between these two polarities, we have written an in-depth article explaining these two; PCB Transistors. However, if it still doesn’t answer your concerns and confusion, we suggest reaching out directly to PCBTok. We will be more than happy to provide our professional opinion on which transistor is highly appropriate for your desired purpose and applications.

Thus, if you’re interested in learning more about the ZTX653 and ZTX753, kindly send us a message or a call! We’re always available to provide our customers with one hundred percent satisfaction with our services and products. Contact us immediately!